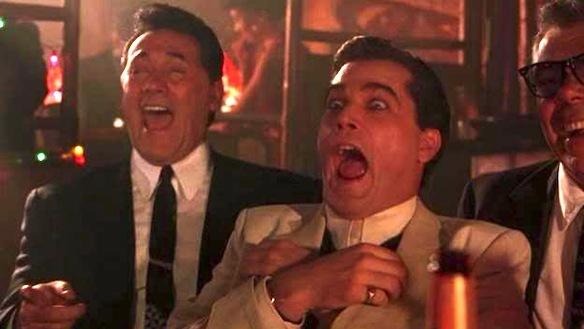 To borrow from Oscar Wilde, it would take a heart of stone to read about the fall of Milo without laughing.

Milo, if you’re lucky enough to be unaware of him, is aÂ vicious right-wing troll (and former Telegraph journalist) whoÂ managed to build a very lucrative empire by saying and doing hateful things. “Feminism is cancer” was one of his hits.

His rise demonstrated that despite what people in the media may have you believe, terrible views don’t die when you expose them; the people with those views just gain some more followers and make the world a slightly worse place. The same trick is working for the stupid man’s philosopher Jordan Peterson, and for former Trump strategist and human bin fire Steve Bannon.

For example, this week Holyrood magazine did its bit to fight the rise of neo-fascism by, er, giving Bannon multiple pages to spout his awful opinions without challenge. This is the same Bannon who the BBC recently invited as the honoured guest at a conference. In a sane world Bannon would be a sad, lonely character whose only audience is a long-suffering pet. But this isn’t a sane world.

We’ve seen again and again that giving vile populists a platform just makes everything worse. But what if we don’t give them a platform?

Milo knows. He built much of his notoriety on Twitter, and when Twitter finally booted him off the platform â€“ for encouraging his followers to abuse a black actress, the last of many awful things he did on the service â€“ his empire began to shrink.

What started as a slow decline became a rapid one when he made awful but hardly untypical comments about underage boys, comments so bad that Breitbart let him go. They also played a part in the cancellation of his book deal with Simon & Schuster, although I suspect it was more to do with the fact that his book was bloody awful. Racist, misogynist, and every kind of -phobic you might imagine, it should never have been commissioned in the first place. Being filmed singing karaoke in a bar with infamous white supremacists didn’t help much either.

What happens to a public figure who is no longer so public?

The answer appears to be imminent bankruptcy. A few days ago, leaked emails and documents indicated that Milo is more than 2 million dollars in debtÂ and that his creditors are running out of patience.

Yesterday, Milo turned to social media to help fund his “comeback” – despite claiming he was pulling in $40,000 per week and financially stable.

The comeback lasted one day.

As a spokesperson for the funding site Patreon explained: “we don’t allow association with or supporting hate groups on Patreon.” Milo’s crowdfunding campaign was removed from the site.

Just to rub salt in the wound, the former enfant terrible of the internet managed to attract just 250 supporters before the site shut him down.

Milo deserves schadenfreude, not sympathy. He’s a toxic troll, a man of no importance. But he became a public figure largely because of a media that’s desperate for controversy and desperate for clicks. His rise and demise should be a warning to commissioning editors and programme producers everywhere: when you’re presented with a trash fire, don’t give it oxygen.