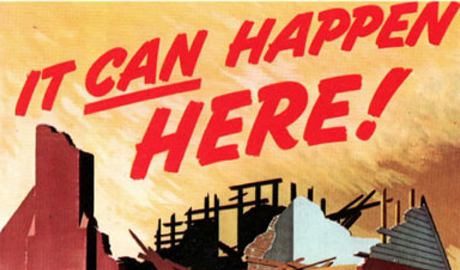 It’s Sunday, the day when the UK press likes to post multiple anti-trans articles. I want to look at Â one from last week. It’s the story that virulently anti-trans MP David Davies described on Twitter as the “latest example of barking mad trans-activism”: the idea that eight-year-old boys will be told they can have periods.

The story has legs: I’ve seen it turn up in Sky News Australia and the Monserrat Reporter. Talk radio hosts have used it as evidence that “the world’s gone mad” and of “bonkers Britain” and the usual columnists have weighed in to moan about the excesses of trans activism.

Here’s the document the coverage refers to (pdf). It’s a presentation by the neighbourhoods, inclusion communities and equalities committee of Brighton & Hove council on the subject of period poverty, the horrible situation where some students don’t have access to sanitary products because their parents are broke. This has an effect on their education because some of those students stay home when they have their period instead of attending school.

In the 3,000 word document, trans people are mentioned exactly once, in a description of the period positive educational approach. The document notes that:

This is undeniably true: irrespective of how you identify, if you have the appropriate plumbing then you may have periods. And that means you can be affected by period poverty.

This has got nothing to do with any sinister agenda: it’s an attempt at inclusivity. And yet what seems to me like a perfectly rational and humane point â€“ that period poverty can affect students who do not necessarily identify as female â€“ has been used once again to attack trans people, and young trans people specifically. Scoring a political point is more important than any child’s welfare.

What we’re seeing here is an old trick with a new target.

It’s sheep we’re up against

Exaggeration and falsification have long beenÂ used by newspapers to attack people they donâ€™t like and anything thatâ€™s happened since 1953. For example, in 2014 Mail Online readers in Australia finally got a story we Britons have known about since 1986: the evils of politically correct forces demanding children sing alternatives to â€œbaa baa black sheepâ€ because the black bit might be racist.â 1

It was a real story â€” a couple of Australian kindergartens had indeed changed the lyrics for fear of causing offence â€” but it was an isolated incident, just as it was in 1986 when a single nursery (Beevers Nursery in Hackney, London â€” a private nursery, not a council-controlled one) rewrote the song as an exercise for children and the newspapers went mad.

The English story made the Daily Star and then The Sun and the Sunday World, and then the Daily Mail embellished it by claiming Haringey council, not Hackney, had ordered playgroup leaders to attend racial awareness courses where they were ordered to make children sing â€œbaa baa green sheepâ€ instead.â 2

As the saying goes, never let the facts get in the way of a good story. It was completely untrue, and Haringey council attempted to sue the newspaper but had to drop the legal proceedings for lack of funds. The Mail version of the story made it to the Birmingham Evening Mail, the Liverpool Echo, the Yorkshire Evening Press, the Birmingham Post, the Sunday People, the News of the World, the Sunday Mercury, the Carlisle Evening News and Star, the Yorkshire Evening Courier, the Ipswich Evening Star, the Sunday Times letters page, the Hendon Times and the Sunday Telegraph.

The story continued to spread, this time with Islington council being blamed, and it turned up in the Economist, the Daily Telegraph, the Daily Express, the Daily Mirror and the Sun. The story was used in political broadcasts by the Social Democratic Party, and it came back from the dead in 1998 in the Sunday Times. Over the next five years it would pop up from time to time in various newspapers. In the two decades since it began, only two newspapers have printed corrections admitting that it isnâ€™t true.

Sheep werenâ€™t the only fabrication. Stories about manhole covers being renamed were invented by the newspapers, as were supposed bans on black bin bags. Other stories about â€œsuper-loos for gypsiesâ€ or special treatment for gay people were pretty dodgy too.Â

According to the Media Research Group of Goldsmithâ€™s College in the University of London, British tabloids ran some 3,000 news stories about such â€œloony leftâ€ ideas between 1981 and 1987; the vast majority were either partially or wholly fabricated and were targeted against the handful of London councils under Labour control.â 3

Very similar stories were fabricated about the European Union too, most notably by a young journalist called Boris Johnson. Between 1989 and 1994 the Telegraphâ€™s Brussels correspondent filed knowingly exaggerated and sometimes entirely invented stories about supposed EU madness, creating a whole new genre of Europhobic scare stories. Other journalists were appalled, but the stories were very successful and ultimately helped pave the way for 2016â€™s â€œBrexitâ€ vote to leave the EU.â 4

It’s not reporting. It’s propaganda. And it works.

It works because most people remember just the headline â€” and that headline can have tremendous power. In a series of studies published in the Journal of Experimental Psychology: Applied, Ullrich Ecker of the University of Western Australia tested the effect of misleading headlines on peopleâ€™s perceptions on hot issues such as genetically modified crops. As The New Yorker reports:

Everybody remembers the headlines about the EUâ€™s bonkers ban on bendy bananas. It was completely invented, but the stories were a key part of a long campaign against the EU that ultimately resulted in the UK voting for Brexit.

Most tabloid stories about trans activists or the sinister trans lobby are fictional too, but by the time they’re fact-checked â€“ if they’re fact-checked at all; there are so many of them few people have the time â€“ the damage is done. Throughout the land, breakfast tables vibrate to the sound of readers harrumphing about political correctness gone mad.