What if we didn’t keep so many secrets? 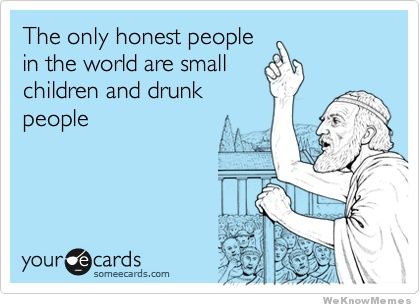 Iâ€™m thinking a lot just now about how we hold onto unvoiced concerns about ourselves, internalised, received-wisdom self-hatred that we darenâ€™t interrogate, making them all huge and black and importantâ€¦ while most people wouldnâ€™t give a damn.

The corollary to â€˜everyone around you has a story as rich and deep as yoursâ€™ and the implication that this might come as a surprise is that â€˜nobody around you thinks your story is particularly importantâ€™, and perhaps that can be a catalyst for honesty and growth.

I can answer some of that, because of course my darkest, most terrible secret is no longer a secret: I’m â€“ surprise! â€“ one of those trans people the papers warn you about. And what happens is your fear loses its power. You move from being terrified of anybody even suspecting the slightest hint of your secret to moving through the world without really giving it much thought. Fears lose their power incredibly easily.

So the glib answer is: your life gets better. Not necessarily easier, but better because living a lie is really hard work.

But that’s a pretty extreme example. What about the day to day things, the smaller things we don’t say out loud? As I responded to Chris:

…a lot of secrets are really hard work too. For example, the classic â€œIâ€™m in love with them but Iâ€™m too scared to tell themâ€. Iâ€™ve lost half my life to that one :)Â

But there are also everyday ones, the things we donâ€™tÂ always articulate. The love we have for our partners, our friends, our children. The sadness we feel at accidental or not so accidental cruelties of others. The times weâ€™re barely hanging on and desperately need a shoulder to lean on but canâ€™t bring ourselves to ask.Â

[total honesty] would also mean people I quite like hearing the less pleasant things I observe about them, so itâ€™s not all good. But my gut is that we silence more valuable stuff than bad stuff. Maybe :)

How many times have you bitten your tongue at something that’s really made you sad, or wanted to tell someone how much they matter but just went red instead?

What would happen if you stopped pretending, if you didn’t censor everything? I don’t mean not censoring anything â€“ I’d be barred from supermarkets if I vocalised what I thought about my fellow shoppers sometimes â€“ but the important things, the things that make you feel things.

What would happen if you were more honestly you?