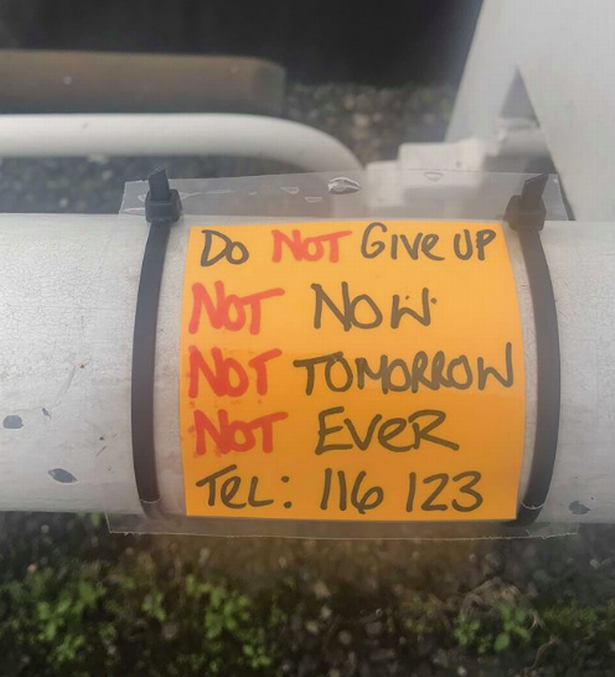 A tale of two tweets. The first, a news story tweeted by Glasgow Live:

A Glasgow bridge has been decked in brightly coloured post-it notes with messages which aim to help bring people back from the brink of suicide.

The notes, which appeared this morning (Monday), have been posted on the Squinty Bridge and on railings alongside the River Clyde between Glasgow Central.

Handwritten messages read: “You matter”, “Just coz you’re struggling, doesn’t mean you’re failing”, “You are strong” and “Do not give up. Not now. Not tomorrow. Not ever.”

The second, a tweet by US trans support group CATS: 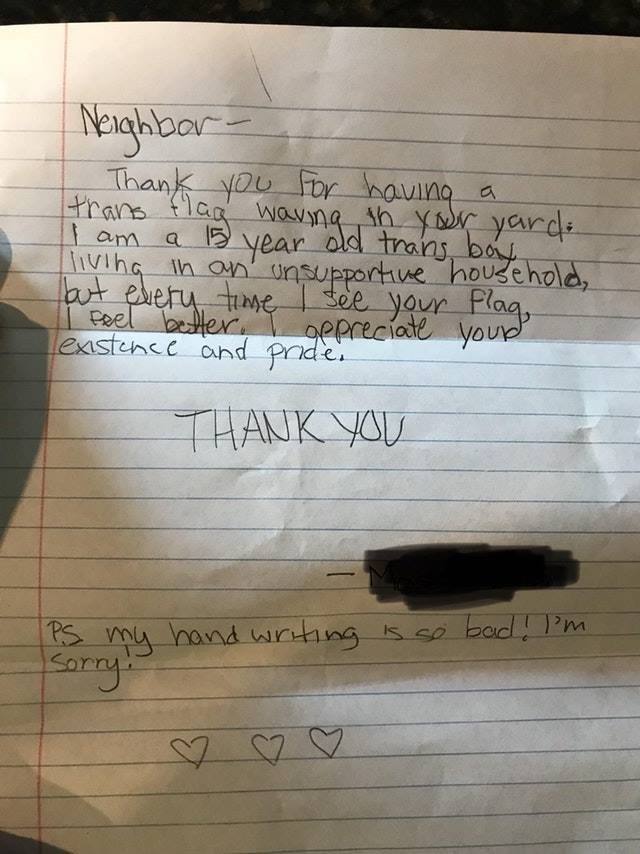