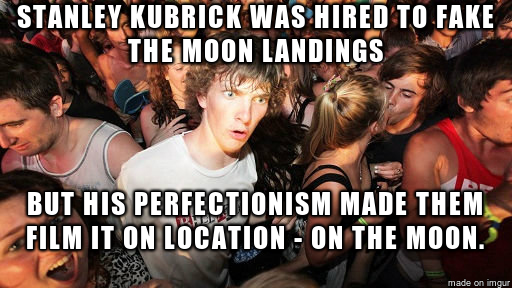 Sarah Cruddas is a science journalist. Today, she was asked to take part in a TV debate about whether or not we landed on the moon.

As she put it on Twitter: “It is not okay to debate science fact.”

The way to deal with these people isn’t to give them airtime. It’s to give them Buzz Aldrin. You may recall that when moon-conspiracy documentary maker Bart Sibrel approached the astronaut back in 2002 with allegations of fakery, Aldrin punched him.

Other science facts it’s not okay to debate include whether climate change is real, whether people of colour are physically or genetically inferior, whether vaccines cause autism, whether the world is flat and whether trans people are legitimate. If you’re commissioning “debates” on those issues or others like them, you’re a disgrace to your profession.