The Onion has had to publish its article again: 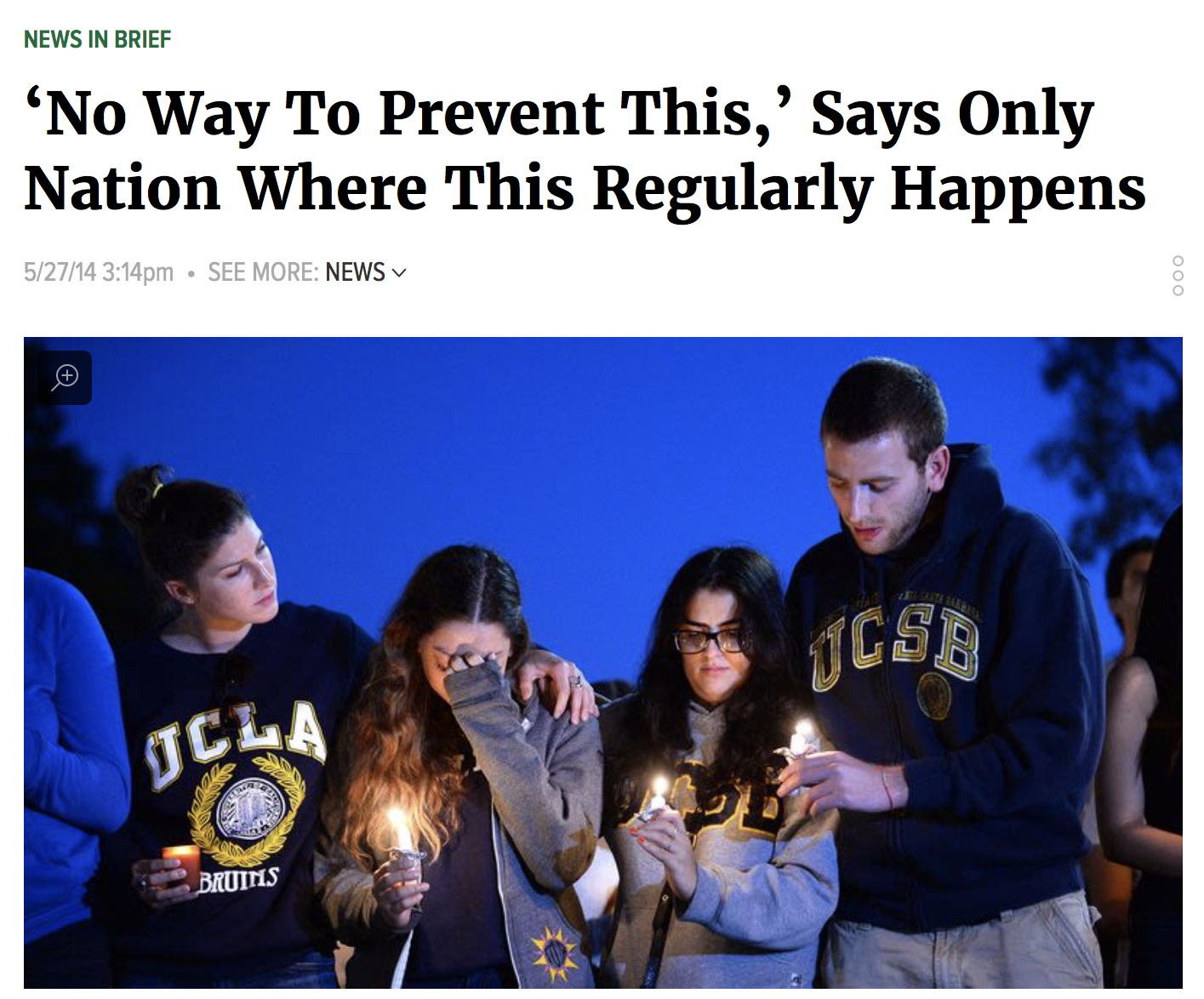 This week’s school shooting is in Texas where â€“ surprise! â€“ the shooter is a straight white man who hates women.

The Texas school shooter killed a girl who turned down his advances and rejected him in front of class before massacring seven more classmates and two teachers, it’s been revealed…

Shana Fisher, who turned 16 just days before she died in the attack, had been fending off advances from Pagourtzis for months.

We’ll have the usual post-event analysis where various people try to blame everything other than violent men with easy access to military weaponry (although one post on Twitter really nailed it: in response to “What will it take to change the laws to prevent more killings like this?” he replied, “One shooting by a black student”).

But this is really simple. Some men believe they are entitled to women’s bodies, and they become furious if they don’t get their way. In a culture where easy access to weaponry is seen by many as a basic human right, that results in mass shootings.

The media is complicit in this. Not just in its gun fetishism, but in supposedly intelligent titles lauding the likes of Jordan Peterson â€“ who this weekend was arguing in favour of “enforced monogamy” as the cure for male violence against women â€“ Â and debating whether men have a right to sex.

Dimitrios Pagourtzis certainly thought he had a right to sex, and when the woman he wanted to have sex with said no â€“ not just once, but repeatedly, over several months â€“ he slaughtered nine people.

All ideas are not equal. Some are dangerous. And media has a responsibility to consider that. And yet all too often we get pieces that read like “Hooray for the blackshirts”, the Daily Mail’s 1930s ode to the rise of fascism.

Still, it wouldn’t happen now, would it?

This is from yesterday’s Sunday Times on Twitter. The print piece was headed “Heil Hipsters”. 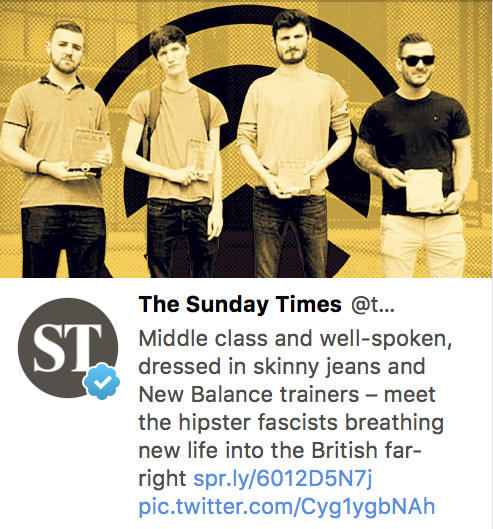 The article itself may have been reasoned and rational, although as it was by noted fantasist Andrew Gilligan I doubt it. But as one Twitter user posted in response:

What the fuck are you playing at?

The Times’ original tweet has now been deleted, but it shouldn’t have been posted in the first place. As British Future director Sunder Katwala responded:

While @thesundaytimes can report on the very fringe middle-class professional banker seeking to relegitimise racism for a better spoken far right, its perhaps best not to tweet it out like its some celebrity fashion shoot.

As he points out, the “breathless national reporting about [the] rise of hipster racists” lacks context. These are extremists, a tiny minority, but their views are dangerous. And their mission is to normalise racism. Presenting them as normal people is exactly what they want.