Not an innocent Spectator

Another day, another bad article in The Spectator. 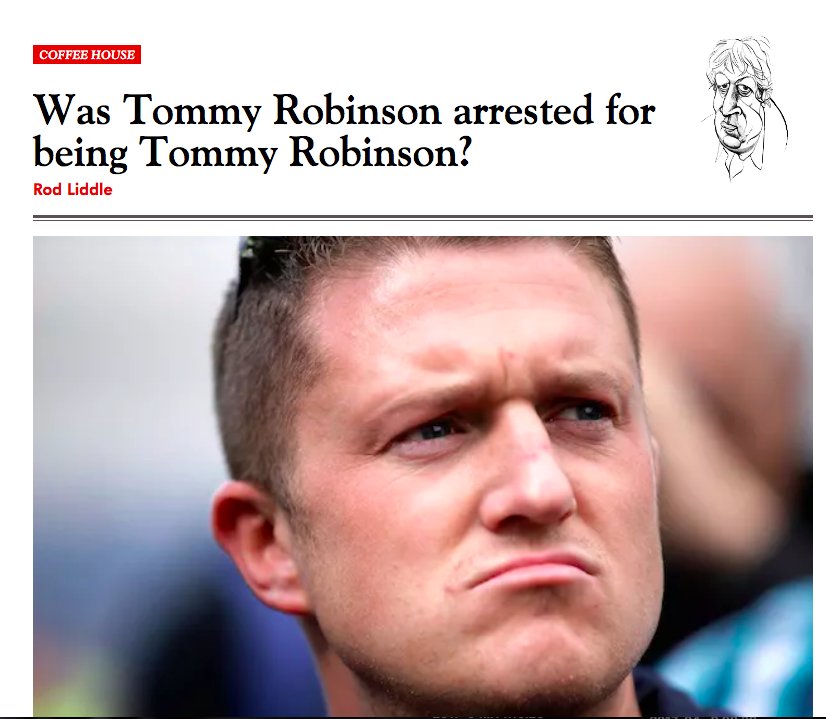 The answer is no. The EDL founder was arrested for deliberately breaking the law on Contempt of Court.

Whether Liddle or his editor Fraser Nelson actually believes his nonsense or is just trolling for money is irrelevant: by continually trying to paint racist clowns as free speech martyrs The Spectator is becoming the house rag for right-wing bigots of all stripes. Itâ€™s become a despicable publication by and for despicable people.

Liddle also writes a column in The Sunday Times. Axel Antoni takes his latest one apart in a series of 12 tweets.