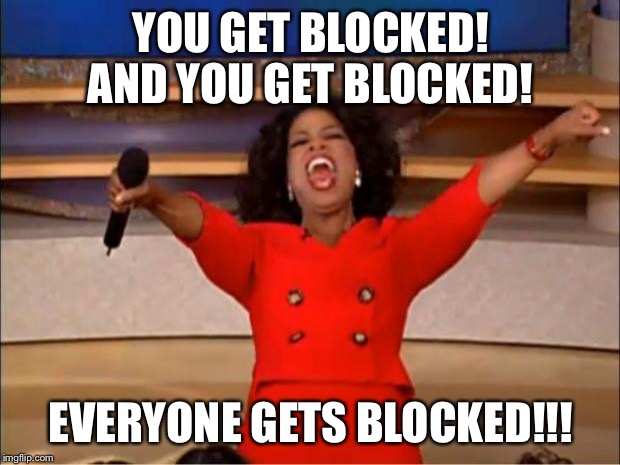 One of the reasons I haven’t binned Twitter is the existence of block lists. These enable you to automate the blocking of various bad people; they can’t see your messages (there’s a way around that, but few bother with it) and more importantly you don’t see theirs.

The numbers can be quite terrifying. One of the block lists I use, a list of anti-trans trolls, has thousands of people on it. I’m sure a few of them are falsely listed but for me that’s a small price to pay for relative freedom from online abuse.

One of the most high-profile block lists I’ve seen recently is Repeal Shield, which attempted to filter out the nastiest abuse aimed at Yes supporters in the Irish abortion referendum. Aidan O’Brien discusses the list and the interesting, if unsurprising, patterns that emerged.

Repeal Shield ended up blocking 16,000 people with very few false positives. Many of the troll accounts had clearly been set up purely to harass pro-repeal women; others had been around longer and also shared far right and/or anti-semitic content.

You’ll be shocked – shocked! – to discover that nearly three-quarters of the accounts were American. Some of them were quite clear about that; others claimed to be from Ireland but used US time stamps or only posted when everybody in Ireland had gone to bed.

I’ve written before about the malign influence of US social media users on other countries’ politics; the numbers demonstrate how big a problem it is.

It also demonstrates how big a problem abuse is on Twitter. Of all the accounts blocked by Repeal Shield, just 2.42% of them have since been suspended by Twitter’s abuse team.

This is important for various reasons. There’s the fact that Twitter is clearly doing next to nothing to curb the abuse that’s a fact of online life for women, members of minority groups and anybody the far right doesn’t like. And there’s the fact that social media is being used to sway elections.

Twitter’s response to the growing problem â€“ it’s not just here; right now there are concerns over political bots in Malaysia, where over 17,000 bots tweeted over 44,000 pro-government messages in a single week Â â€“ is typically useless. It has just announced new rules on political advertising.

The company will require advertisers running political campaign ads for federal elections to identify themselves and certify they are located in the U.S…Â Twitter said it wonâ€™t let foreign nationals target political ads to U.S. residents.

That’s the advertising around tweets, not the tweets themselves. And that means it won’t change a damn thing.

The problem with Twitter has never been the display ads, the electronic equivalents of billboards. It’s the tweets and retweets, the fake news and the vicious abuse.

Social media has been weaponised.