“Women and children are target practice”

Everything about it is predictable. The thoughts and prayers from politicians who’ve accepted millions of dollars from the NRA, an organisation defending the rights of child killers. The revelation that the authorities were warned about the shooter. The reminders that when the UK and Australia had a single school massacre each, they banned guns and haven’t had a massacre since. The knowledge that if Sandy Hook didn’t bring about gun control, this atrocity won’t either. The ghoulish media.

Social media adds a new horror: the spectacle of children live-tweeting while the massacre is still happening. Seeing children being coached on how to hide in real time… I don’t have the words.

Social media also gives us the disturbing spectacle of click-crazed media outlets contacting those children for photo permission while the shooter is still active. 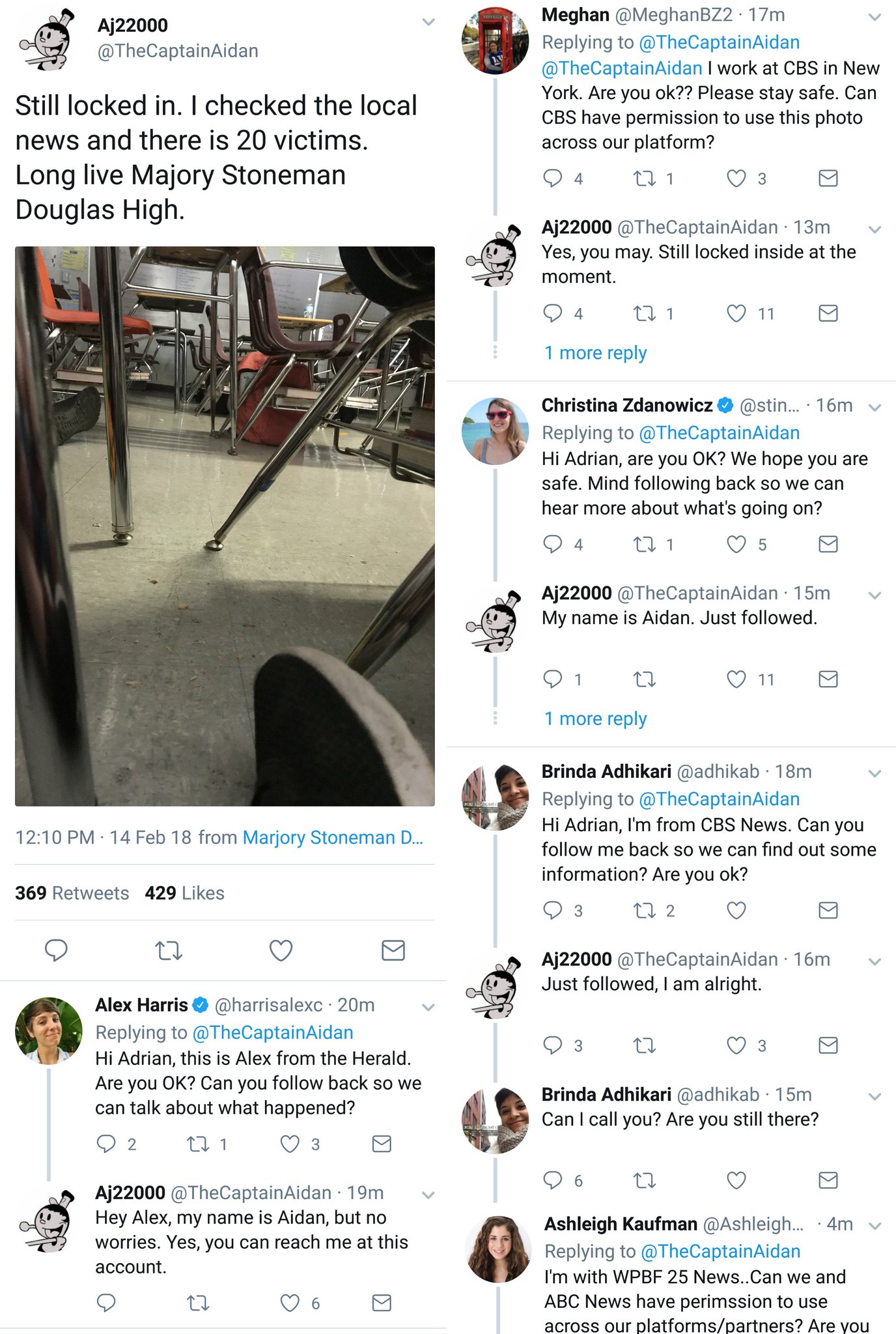 As Rob Manuel put it on Twitter, “The public want information and pictures. Publishers want not to get sued. A perfect storm that creates vulture-like swarming on victims and witnesses.”

I listed some predictable developments, and here’s another (insert alleged wherever you see fit): the shooter was stalking a young woman.

Of course he was.

US mass shootings aren’t just about guns. They’re often about misogyny too.

As Vox noted in November, “America’s domestic violence problem is a big part of its gun problem.” In more than half of the mass shootings since 2009, the perpetrator had a history of violence against women and children.

As Pamela Shifman and Salamishah Tillet wrote at the New York Times, â€œMen who commit violence rehearse and perfect it against their families first. Women and children are target practice, and the home is the training ground for these menâ€™s later actions.â€

The NRA’s answer, of course, is that women and children should have guns to protect themselves. However, the evidence shows that if they do, the gun is more likely to be used against them. The death rate of women from domestic violence is three times higher when there’s at least one gun in the house.

There is a toxic combination here. Violent men, men who feel entitled to women’s bodies and attention, men who abuse women and children because they see them as lesser creatures, men whose only power is to hurt people more vulnerable than themselves, have access to weaponry designed to kill as many people as possible in the shortest possible time.

Banning guns won’t change a cultureÂ where toxic anti-women views are mainstream in both traditional and social media, where domestic violence isn’t taken seriously, where the perpetrators of domestic violence are rarely caught let alone punished, where men’s hobbies are seen as more important than women and children’s lives.

It would reduce the carnage, of course. But it wouldn’t cure the cancer that causes it.

To paraphrase the NRA, guns don’t kill people. Guys do.