My 2017 was pretty uneventful. How about you?

Thatâ€™s okay, though. Heâ€™s gone to a better place.

The first Christmas for Carrie.

Itâ€™s been an interesting year, both in the traditional sense of the word and in the Chinese curse of â€œmay you live in interesting times.â€ I toyed with the idea of a â€œthings I learned this yearâ€ list, but I think Iâ€™d rather share a single â€” albeit quite long â€” thought. Itâ€™s kinda sorta about being trans but not really about that at all.

You hear the word â€œtransitionâ€ a lot in discussions about transgender people, usually to refer to a physical process: somebody assigned male at birth (ie, born in an apparently male body) may transition to female via hormones or surgery. But to me, the real transition is more abstract and more powerful.

Itâ€™s about moving from a miserable life to a happy one.

There are many things I wish Iâ€™d done differently this year and many things I regret, but I donâ€™t regret that transition. I took a photo a few days before I finally came to accept that I was trans and I looked like somebody had just dug me up. I took a photo last night and in it Iâ€™m so happy I want to punch myself, because thereâ€™s nothing that annoys me more than happy people.

Part of that transition from sad to happy has been to really question my attitudes. I always believed that if people discovered I was trans theyâ€™d shun me or build a giant Wicker Man and burn me inside it, but I was completely wrong.

I referenced David Foster Wallaceâ€™s â€œThis is Waterâ€ in my last post, and this year Iâ€™ve made a point of trying to embrace what he called â€œreal freedomâ€ â€” the â€œunimaginably hardâ€ choice to reject the default mode of â€œfear and anger and frustration and craving and worship of selfâ€.

Wallace was right. It isnâ€™t easy. I certainly donâ€™t manage it all the time: I try not to grumble â€œwho are all these people in my way?â€, but thatâ€™s the default so of course itâ€™s easy to fall into that way of thinking. But Iâ€™m trying, and Iâ€™ve found that by doing so â€” by working on the assumption that my core assumptions and beliefs may well be wrong â€” Iâ€™m experiencing life in a very different way. And that helps when people say terrible things about me or people like me too: rather than assuming theyâ€™re terrible people or bigots or whatever I try to understand and emphasise.

I still tell them to fuck off and block them, though. I never said I was a saint.

Iâ€™ve challenged a lot of things this year and taken steps I never thought I would. But by far the biggest thing Iâ€™ve done is to constantly try and do what DFW wrote about and what Mark Hollis of Talk Talk sings about trying to teach his children in Happiness Is Easy: â€œto recognise excuse before it acts.â€

Hereâ€™s a silly wee example: Christmas lights. Who are these people with their stupid lights on their stupid houses every October?

Hereâ€™s a better question: who am I to judge? If they get a happy feeling from switching on their big daft Santas, thatâ€™s great: itâ€™s a bit of joy in a world that often seems awfully short of it. My default is to judge, but realising that means I now greet peopleâ€™s OTT illuminations with a smile rather than a sneer – so I get a little bit of joy from it too.

The people with the lights may well be assholes, but I donâ€™t know if they are so I choose to imagine them as portly, jolly grandparents who just bloody love Christmas. Who cares if itâ€™s true or not? Itâ€™s a much better assumption than my grumpy default, and the lights make me happier as a result.

As DFW put it:

If you’re automatically sure that you know what reality is, and you are operating on your default setting, then you, like me, probably won’t consider possibilities that aren’t annoying and miserable. But if you really learn how to pay attention, then you will know there are other options. It will actually be within your power to experience a crowded, hot, slow, consumer-hell type situation as not only meaningful, but sacred, on fire with the same force that made the stars: love, fellowship, the mystical oneness of all things deep down. 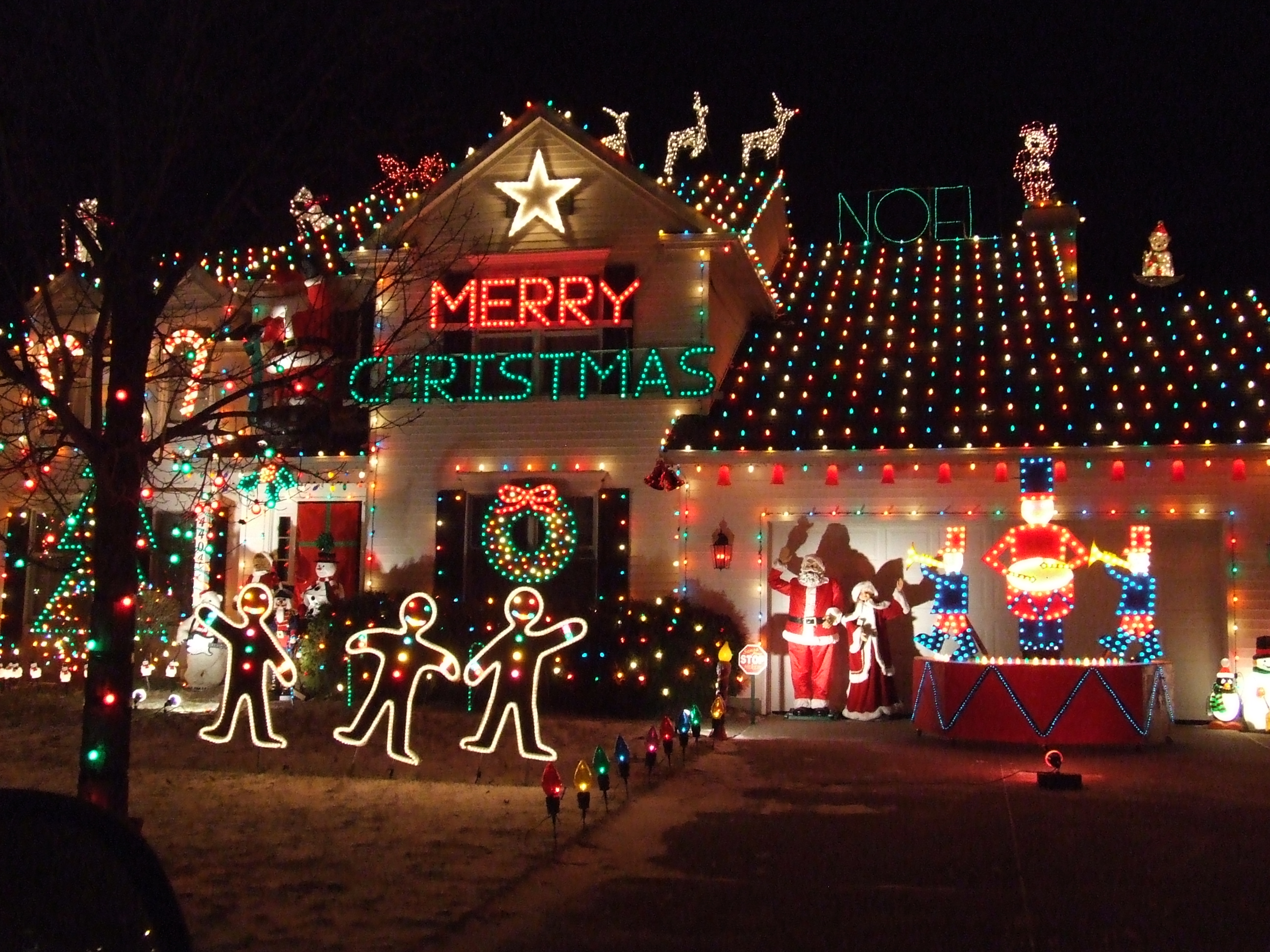