â€œPeople who push for this should be shot and burnt.â€ What do you think has made Daily Mail commenter Ben (now deleted) so angry? Yep, itâ€™s the labels on John Lewisâ€™s kidsâ€™ clothes. According to many tabloidsâ€™ commenters, by not labelling clothes as boysâ€™ or girlsâ€™ John Lewis is pandering something something librul snowflake SJW muslins etc etc etc itâ€™s political correctness gone mad.

One of the items thatâ€™s attracted a lot of comment is a cute wee dress with dinosaurs on it. And I just happen to have an opinion on both dresses and dinosaurs. 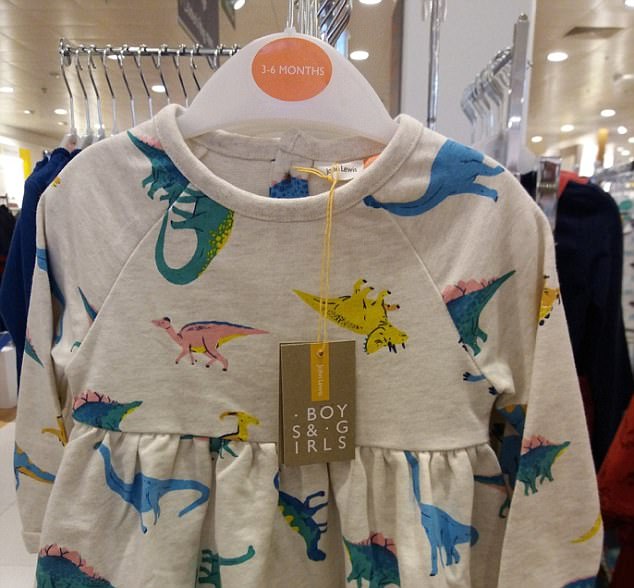 Iâ€™ve got two kids, a boy and a girl, and when my daughter was 5 she was told by her male classmates that she couldnâ€™t be interested in dinosaurs because they were for boys. Sheâ€™s also been told that girls arenâ€™t allowed to play with dragons, because theyâ€™re for boys too. Girls have to play with unicorns.

You donâ€™t need me to tell you that this gender bullshit starts very early and is reinforced by the unnecessary pinkification of so much girlsâ€™ stuff. Finding practical, comfortable shoes for my son is easy. Itâ€™s much harder for my daughter, whose trainers are hidden in shops behind a wall of high heels, glitter and sparkles. Itâ€™s the same with t-shirts and tops: itâ€™s not unusual for us to leave a shop with an armful of stuff for my son and nothing for my daughter because she doesnâ€™t like pink, sequins or slogans about being pretty.

This is a relatively recent development: children born in the 60s and 70s lived in a more gender neutral world, at least in terms of clothing. Here’s a Lego advert from 1981, before pinkification. 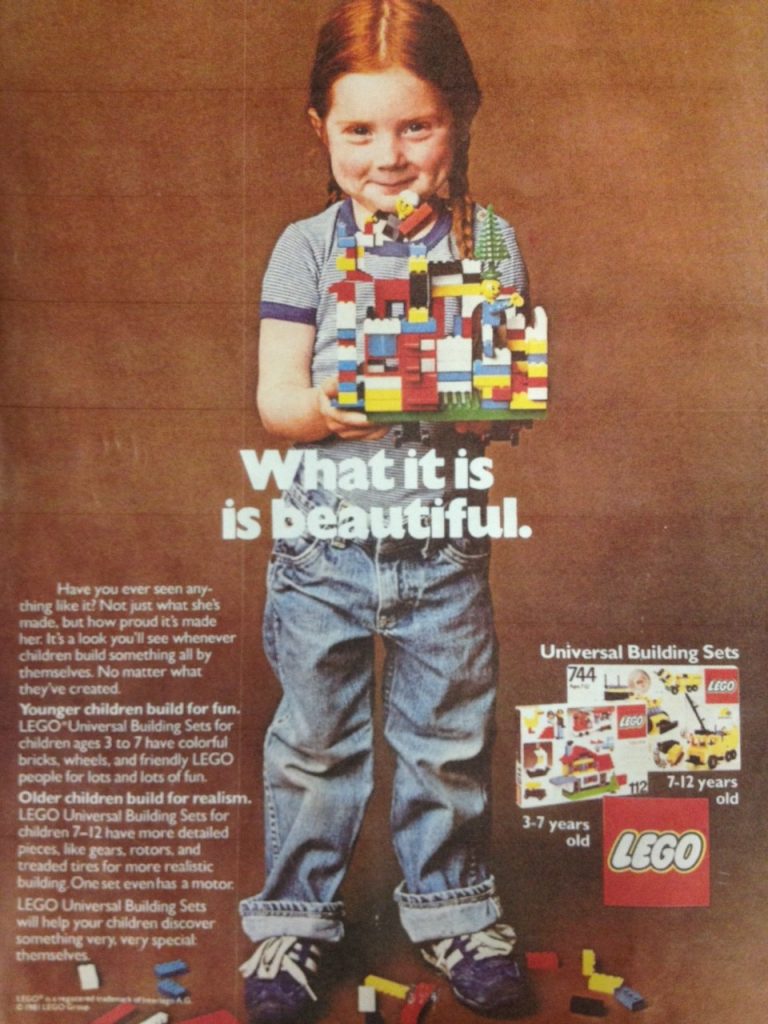 It’s not pink that’s the problem. It’s the constant reinforcement of exaggerated gender differences, to say that girls can’t do A, B and C and boys can’t do X, Y or Z.

John Lewis isnâ€™t trying to change biology, as Facebook poster Susan Perkins suggests. Itâ€™s making a little change that tells my daughter that hey! Dinosaurs can be for girls too!

But thatâ€™s not whatâ€™s caused the â€œbacklashâ€ and â€œangerâ€ the tabloids report. As ever with gender things, itâ€™s the prospect of boys wearing dresses thatâ€™s got people upset, because itâ€™s okay for girls to do boyish things but not the reverse. And discussing that opens up a great big box marked Pandora: itâ€™s a very visible sign of a society that doesnâ€™t value supposedly feminine traits, where what Grayson Perry calls Default Man dominates “the upper echelons ofÂ our society, imposing, unconsciously or otherwise, their values and preferences on the rest of the population.”

As Perry writes: “The most pervasive aspect of the Default Man identity is that it masquerades very efficiently as â€œnormalâ€ â€“ and â€œnormalâ€, along with â€œnaturalâ€, is a dangerous word, often at the root of hateful prejudice.”

Boys in dresses? We’ll be letting girls play with Lego next. Or as one Daily Express commenter puts it, it’s…

The ongoing Marxist plan to feminise boys, who wont have the desire to fight for their country when it all kicks off.

Ultimately, though, it’s really very simple. John Lewis isnâ€™t forcing anybody to be gender neutral. Itâ€™s just saying that maybe we shouldnâ€™t force dinosaurs to pick a side.

If your son doesn’t want to wear a dress, don’t buy him one.