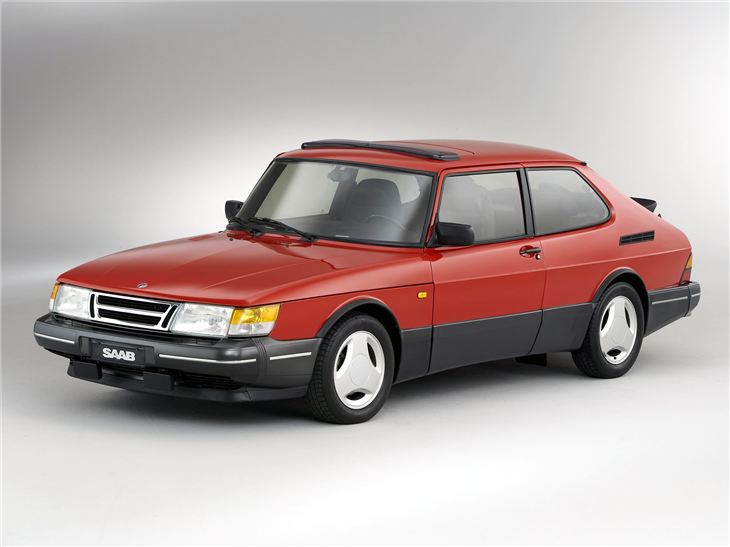 A friend of mine drove one of these off a cliff, and survived.

I’ve written before about my love of Saabs, but sadly it’s reached the end of the road: I’ve just sold my knackered old 9-5 estate to WeBuyAnyCar.com (who offered me exactly what it’s worth – I was selling it because it wasn’t viable to repair anything any more) and I very much doubt I’ll get another one.

That isn’t just because Saab went bust. My budget means I’m always in old-car territory, and there are plenty of pre-closure 9-5s out there. Certainly, if I wanted to I could drive Saabs for another decade or so.

Saab is a great example of what can happen when a marque knows the price of everything and the value of nothing. Before General Motors came along, Saab was famed for its engineering and its unconventional belief that throwing all the power in the world through a car’s front wheels was a good idea. And it was, because hot Saabs were an absolute hoot.

And then General Motors got involved.

All of my Saabs have been GM-era Saabs: a 900 hatchback, a 9-5 petrol estate and a 9-5 diesel estate. I don’t think it’s a coincidence that the 900, which was the one least messed about with by GM, was my favourite. My most recent 9-5 was essentially a Vauxhall Vectra in drag with one of the worst diesel engines imaginable – a tractor engine teamed up with sports suspension and low profile tyres, a match made in hell. I think it’s safe to say brand loyalty blinded me to the hopelessness of that one.

I still have enormous affection for the Saab of old, but not so much that I want to drive an old Saab. So, like many Saab owners before me, I’m going for a German car instead.