“The papers tell of rape and murder, everything that you want to hear”

My friend Paul Douglas posted this to Facebook earlier. It’s been doing the rounds of social media, and sadly it isn’t a spoof. Those cover lines are real. 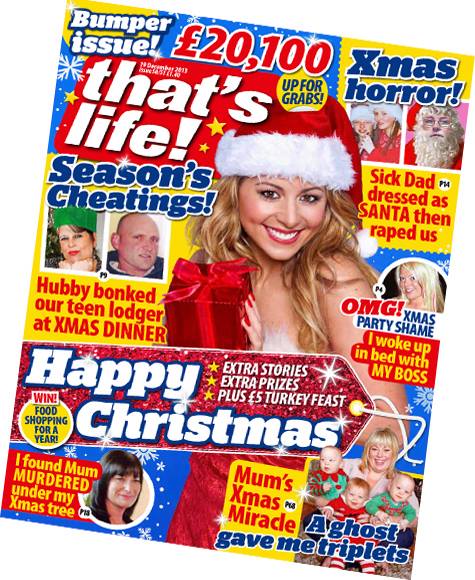 This is something I’ve been meaning to blog about for a while. The supermarket tabloids appear to be going aggressively downmarket and becoming incredibly lurid. This one’s bad, but it’s not unusual: the current issue of Chat has child murder, child sex slavery and wife murder on its cover, Pick Me Up a predatory hypnotist, another title the former girlfriend of LostProphets’ lead singer and an accompanying headline about paedophilia, and they’ve reached the point where I’m terrified my daughter will see them: she’s 6, reading absolutely everything and full of curiosity. I know she’ll discover all the horror of the world eventually, but not now. Not like this.

[The title’s a New Model Army lyric. It’s from Frightened.]