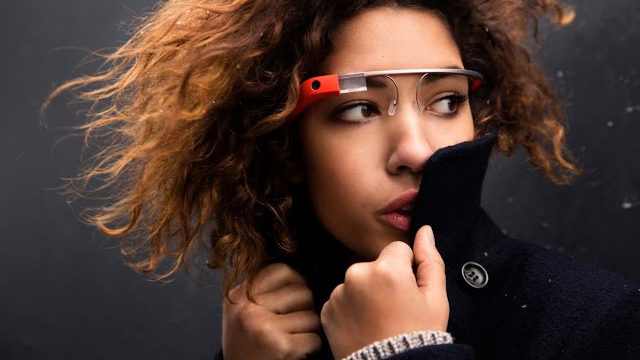 I’m fascinated by Google Glass, which is either a game-changer or one of those products that crashes and burns spectacularly. What interests me the most isn’t the tech, though. It’s how we’ll react to it. My gut feeling is that there’s a massive difference between people carrying around cameraphones and people actually having cameras strapped to their heads. I wrote about it for Techradar:

Imagine you’re in a playpark with your child and you see a funny-looking man wearing Glass, looking over. Would you feel comfortable? How about if the Glass owner is looking at you in the gym, or in a communal changing room, or is behind you on the escalator on a day you’re wearing a short skirt?

I was quite amused to revisit one of my 2004 articles, where similar scares were raised over cameraphones:

Britain isn’t a place for the camera-shy: we have more CCTV cameras than anywhere else in the world, and you’re likely to end up on tape whenever you go to work, go to the shops or have a big night out. However it seems that we want even more surveillance: in the run up to Christmas, cameraphones were flying off the shelves.

News reports suggest that many of these phones will be abused. Councils, gyms and sports centres have banned them from their premises to prevent people from taking photographs in changing rooms and swimming pools, while firms have been warned that the devices could lead to industrial espionage and sexual harassment claims. A new breed of “phone perverts” takes surreptitious snaps and shares them on the Net, and cameraphones have been implicated in crimes including electronic shoplifting and credit card theft.

Cameraphones, it seems, are a mobile menace – or at least, that’s what the media would have you believe. However, when you look more closely you’ll find that some of the risks are exaggerated, and others are entirely invented.

“When technology is first introduced, there are often two gut reactions. The first is: why would I ever want this? And the second is: this is terrible!”

Mind you, unless they get a truly killer app installed, it’s a white elephant in the form of face furniture. I think people overestimate how many turgid shots of their kids in different poses they’ll want to take.

Can’t see it being an ‘everyday life’ gadget – fine if you’re at 10,000 ft and praying your ‘chute opens so you can upload the video, but didn’t GoPro make something a little more likely to survive the landing?

Hey Kieren, sorry your comment took a while to appear. Over-zealous spam filter.

I thought CNET’s take on it was quite interesting: they reckon it’s more of a social experiment than a real product: “It’s an early product that’s clearly in beta, but it’s also an experiment. It’s a social-interaction project, it’s a living debate on wearable tech, and it’s an app platform in need of apps. It’s not necessarily a device that needs to exist, but it could have uses for some. And some of its uses may not have been invented yet.”

I think you’re right – for now the big feature is Google Now, and I think I’d rather have that on a smart watch than stuck to my face (even if Glass worked/fit with specs, was cheap enough, etc etc etc). But who knows what killer app might emerge?

Your spam filters are really bad for people who have been drinking. Multiplication at 12:30?

I think that the issue with Google Glass is a multifaceted one. Firstly there is the issue with the camera. I agree that this could be problematic. Easily solved by having an LED light up when someone is recording, which already happens on video cameras. Then you get the end of false accusations.

Secondly is the whole “wearable computer” idea. It’s still a little ugly and not quite right, but I would be surprised if this didn’t come to be the norm within a decade or so.

Personally I would find something like Google Glass (in a later, better form) really quite useful. For example, I am awful at remembering names. I can talk to someone for a really long time and know that I know them, but have absolutely no idea who they are. A little pop on in the corner of my eye would be useful.

Yeah, at the moment it is something of a gimmick – something that might never take off. But then again, I remember when I had my first Windows smartphone in 2004 and everyone said that it would be niche. Then again when I had a touchscreen phone in 2005 and everyone said (with it’s 2.8″ screen) it was too big. I, like a lot of people, came to realise that it was not just a thing for making phone calls. If anything that was the least use it got. I think the same might be true for google glass. Everyone is concentrating on the camera/privacy issue and not the thing as a whole.

Thirdly is Google Now. In theory this could be a brilliant thing. I’ve got a Nexus 4, one of the first two devices with Google Now and all it does is try to give me directions to anyone I’ve either phoned or searched for. Mibbe I’m doing it wrong, but it’s not making an effort to tell me.

> Easily solved by having an LED light up when someone is recording, which already happens on video cameras.

Yeah, but that’s easily hacked/disabled/painted over, which is exactly what you’d do if you were the kind of person who wanted to film surreptitiously :)

> Then you get the end of false accusations.

It’s not just false accusations, though. It’s the prospect of potentially everything you do being recorded by someone or someones you don’t know. I’ve said before that tech often moves much more quickly than our ability to deal with its consequences, and I think that might be the case with wearable tech. I can see loads of benefits and a fair few downsides too.

> Yeah, at the moment it is something of a gimmick – something that might never take off.