Three weeks of fury, or: binning the cigs with Champix 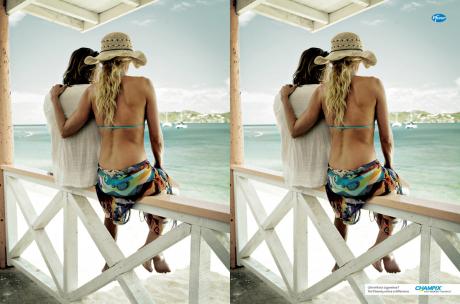 Not something I thought I’d ever blog but: I haven’t had a cigarette for three weeks. I’d love to regale you about how I feel great, but I don’t. I’d love to talk about the dramatic improvements to my health, but I haven’t noticed any. I’d love to talk about how I’m sleeping better, but I’m not. In fact, as far as I can tell the only difference not-smoking has made to my life is that I’m even angrier and fatter than usual, and I can’t concentrate on anything at all.

Anyway. The reason for this post is because I’d mentioned stop-smoking “miracle drug” Champix (Chantix in the US) before, and suggested that it made me miserable – although I wasn’t sure, because the last time I took it I’d just become a parent for the first time. I think now I can confidently say that it was new-parent sleep deprivation that made me miserable, not Champix, because it’s been a real help for me this time round. I did some digging and discovered that last time, I started taking it four days after Baby Bigmouth was born and stopped taking it on day seven (you’re supposed to take it and then bin the cigs on day eight to ten), so I never gave it a chance – and I wasn’t really taking it long enough to have any significant side-effects.

So now I’ve given it a decent go, here’s what I think of the supposed miracle drug.

* It works, to an extent. It won’t stop you smoking, but it does seem to dial down the cravings a bit. That won’t stop you wanting a cigarette with every fibre of your being, but in my experience at least the cravings are less hellish than usual. I haven’t needed nicotine replacements such as patches, gum or inhalators, and so far at least I haven’t cracked and smoked a cigarette at all. Then again, I haven’t been in the pub without a chaperone yet, so maybe house arrest deserves the credit.

* I’ve no idea whether it reduces your desire to smoke or your enjoyment of smoking before your quit date. I didn’t notice any difference.

* It makes you sick as a dog. Without fail I feel really ill for about half an hour after taking each tablet, sometimes longer. It’s worse if you take the pill on an empty stomach.

* It might make your eyes go funny. I’ve been getting blurred vision for the last few days, which is quite unbelievably annoying.

* If you don’t want to stop, don’t take it. It’s not cheap to prescribe, and doctors round here at least aren’t keen on giving it to you just for a laugh. If this isn’t your time to stop, there’s no point doing the Champix thing – because when it is the right time, your GP may look at your records and go “hmm, we’ve been here before. Sorry, no.” My GP has given me a month’s supply but it’s being dispensed weekly, so I have to prove to the chemist I’m still off the cigs before getting any more drugs.

* Some of the listed side-effects could just be from smoking, especially depression and anger. For 20-odd years, every time I’ve been pissed off I’ve had a cigarette. Now, what the hell do I do? I’ve been in a state of mild fury with the odd outbreak of incoherent rage for three weeks now, and I suspect that’s because of the not-smoking rather than the Champix.

* The recommended prescription period seems awfully long – 12 weeks. Given that nicotine’s out of your body within a few days, three months of anti-cig drugs seems designed more for the drug company’s benefit than the ex-smoker’s or the NHS’s benefit. Maybe I’m just cynical.

* Champix might not be a good idea at all. Pharmalot sums up the downsides and apparent dangers: