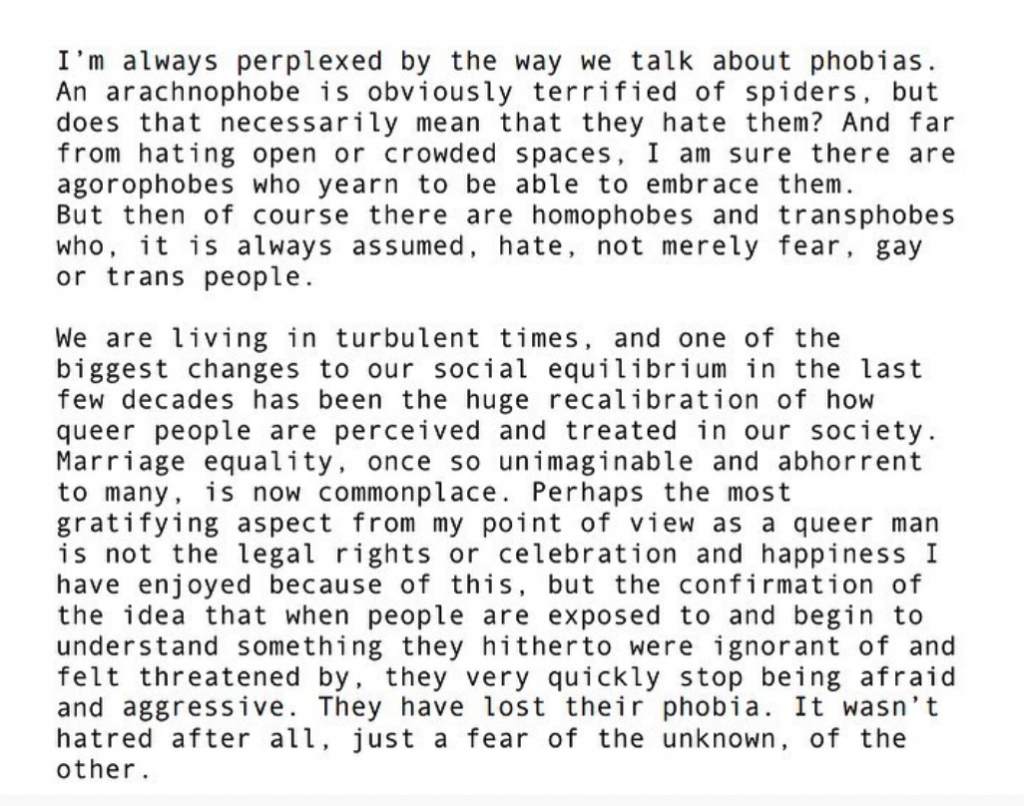 I think he’s right. The vast majority of people who fear LGBT+ folks aren’t hateful. The problem is that they are lied to by a small but vocal group of people who are hateful and whose goal is to make others hateful too.

There was a good example of this at the Women and Equalities Committee hearing on gender recognition reform yesterday. After hearing from trans-inclusive groups previously, yesterday was the anti-trans groups’ turn. A representative of one of the most prominent anti-trans groups made several lurid claims about trans women and gender recognition; when asked what evidence she had to back those claims up, she had to admit on multiple occasions that she didn’t have any.Â And yet these are the people whose claims go unchallenged in print and broadcast media, spreading fear about us.

I was listening to the You’re Wrong About podcast, whose latest episode is about the “political correctness” moral panic of the late 80s and early 90s. In it, co-host Sarah Marshall made the point that the moral panic thrived in part because a credulous media treated people who should be subjects as sources: you could say any old shite about political correctness gone mad and the press would lap it up.

That’s directly relevant to the anti-trans panic today. A man who tells a journalist that the world is flat is a subject, not a source: he is making a claim, not stating a fact. All too often, though, the print and broadcast media present him as an expert in a subject he knows nothing about, spreading misinformation and sometimes bare-faced lies to readers and viewers without being challenged.