I’ve watched two very different dramas this week: a theatrical monologue and a TV series. Both were very emotional experiences.

The monologue was Overflow, written by Travis Alabanza and performed by the mesmerising Reece Lyons. 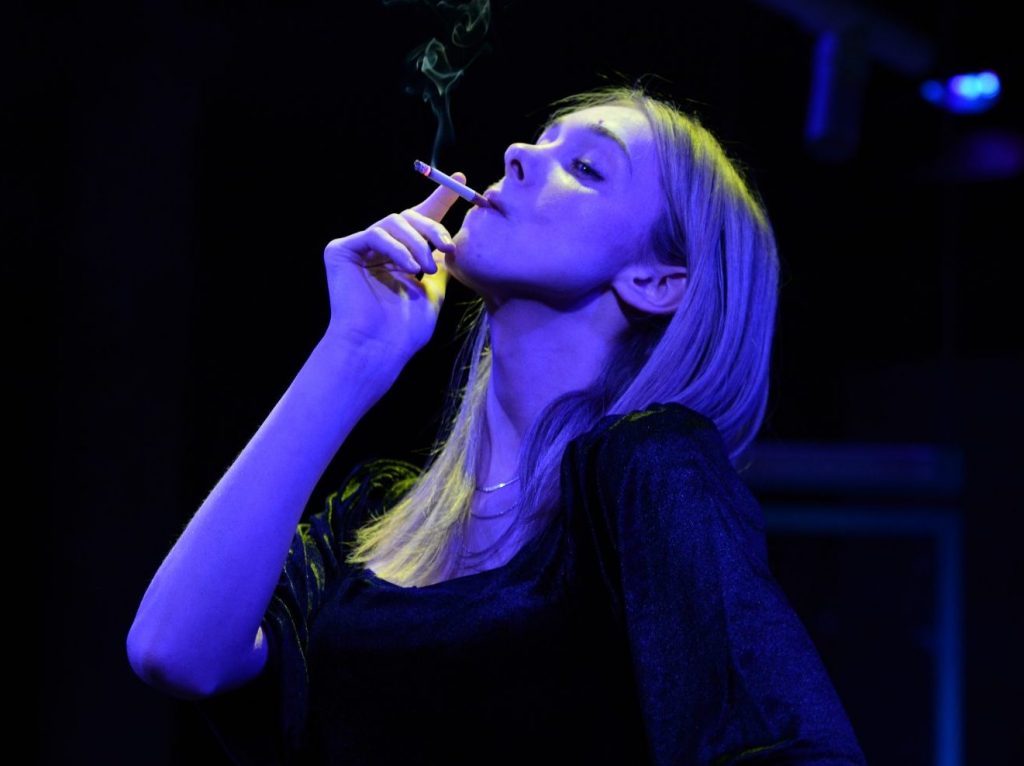 It’s a one-woman show about a trans woman hiding in the ladies to escape violence. It’s not always an easy watch but it has important things to say about allyship, about prejudice and what it’s like to be young and trans. I felt like I’d been hit by a truck after watching it: it dug up a lot of big emotions.

Here’s The Independent’s review of it.

Overflow explores the problematic concept of allyship. The word â€œallyâ€ isn’t just something you call yourself â€“ it’s about what you do. In a passage reminiscent of Burgerz, Rosie weaves through anecdotes of well-meaning cis people who have failed to act when it mattered most. Top of the list is lifelong friend Charlotte, described ironically as “the best cisgender woman to ever exist and ultimate ally and protector of the trans”, who doesnâ€™t stand up to transphobic rhetoric when she encounters it in the world. This brings up complex, burdensome questions about friendship, like: â€œCan I be friends with someone who is friends with someone who is transphobic?â€

The TV series? Like every other LGBT+ person in the UK, I suspect, I binge-watched It’s A Sin, the new drama by Russell T Davies. The Guardian called it a “masterpiece”; it’s a very powerful drama about the AIDS crisis. That means of course it gets very dark and very sad, but before that darkness descends it’s also one of the most joyous portrayals of gay people’s lives I’ve seen on screen.

It’s also deeply upsetting, especially in other people’s reactions to the characters: this was a time of outspoken, vicious homophobia and anti-gay sentiment soared during the AIDS epidemic. Much of that was driven by the press, which demonised gay men and in the case of The Sunday Times under the editorship of Andrew Neil, claimed that AIDS couldn’t affect straight people.

Q. Do you think there are parallels between how HIV Positive people were treated in the 80s and 90s and how trans people are treated now?

Yes, it’s the story of The Other. The heartbreaking thing about the arguments about trans people is that the numbers are so vanishingly small. And if you know any trans people you cannot recognise this portrait of them as predatory and violent and self-seeking or self-serving. Itâ€™s heartbreaking to see this get out of control.

Guardian writer and right-wingers’ favourite hate figure Owen Jones posted a jokey tweet suggesting that transphobes should be banned from liking It’s A Sin. But behind the joke is the unpleasant fact that the very papers whose arts critics praised the programme also employ the columnists who incite fear and hatred of trans people. Many of the people who are so viciously hateful of us are just as hateful of gay men and women. They’ve just learnt not to say that bit out loud.