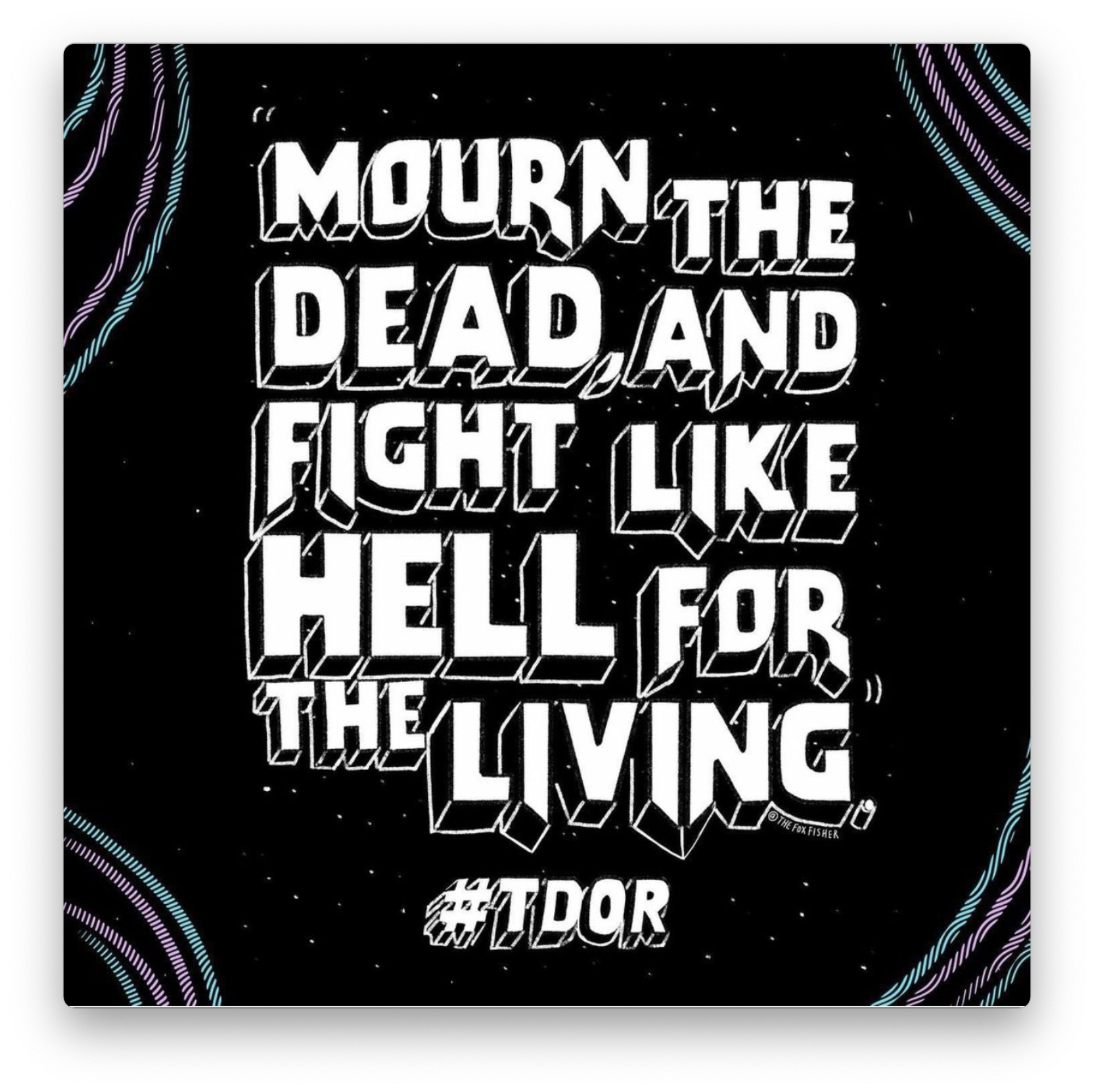 It’s Trans Day of Remembrance today, a day when trans people and allies mourn the trans and non-binary people lost to acts of violence. So far this year 350 trans people, mostly trans women of colour, have been murdered worldwide, often in really horrific circumstances; those are only the reported murders, and the true number is likely to be considerably higher. And it doesn’t include the terrible number of people lost to suicide, which disproportionately affects LGBT+ people and trans people in particular.

There are still places in the world where it is illegal to be transgender, and places where “I realised she was trans and I was so horrified I killed her” is an acceptable defence for murder. In supposedly enlightened societies transphobia is the acceptable face of bigotry. The dehumanising and demonising of trans people by politicians and pundits has terrible consequences.