The first rule of being in a hate group is that you must never, ever admit that you hate the people you hate. A lot of effort goes into choosing the right euphemisms, coining phrases such as “reasonable concerns”, “family values” and so on.

So the anti-trans groups affiliated with Fair Cop must be pretty pissed off right now. In response to posts marking Trans Day of Remembrance, they proudly proclaimed their desire to #sayyestohate. 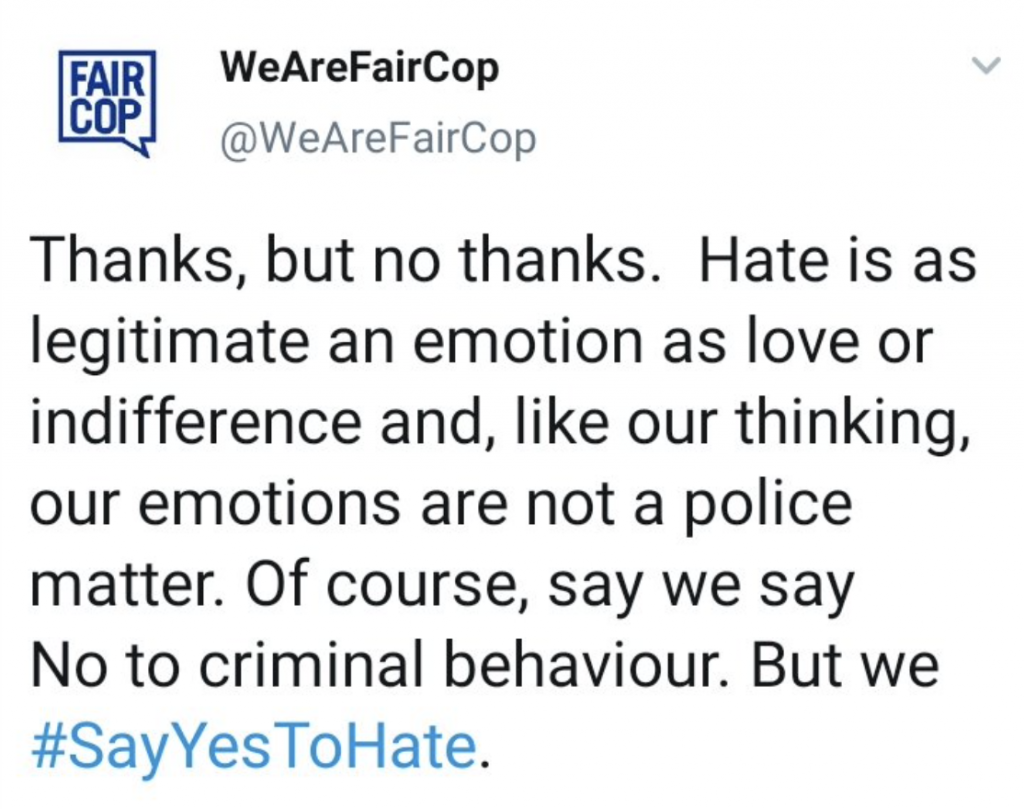 This is known on the internet as “saying the quiet bit out loud”. They did it repeatedly to organisations that chose to mark Trans Awareness Week: 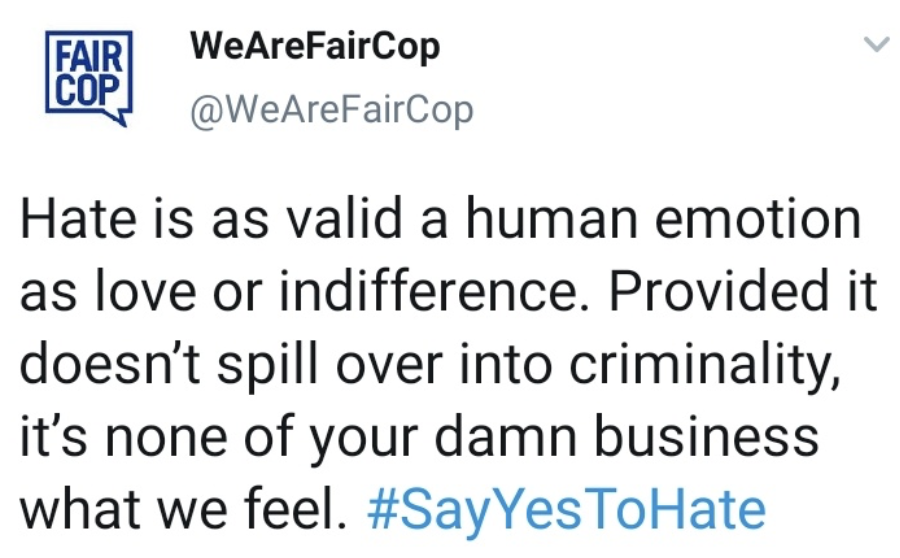 David Paisley tracks the followers of various groups and how they intersect. The intersections between supporters of Fair Cop and the LGB Alliance, Woman’s Place, Transgender Trend, Fair Play for Women, the Safe Schools Alliance and For Women Scot are significant. As Paisley puts it:

They all share a huge proportion of the same followers. They are all anti trans hate groups.

They’re also all regularly platformed by mainstream media to lobby against protections for trans and non-binary people.

When people tell you who they are, believe them. 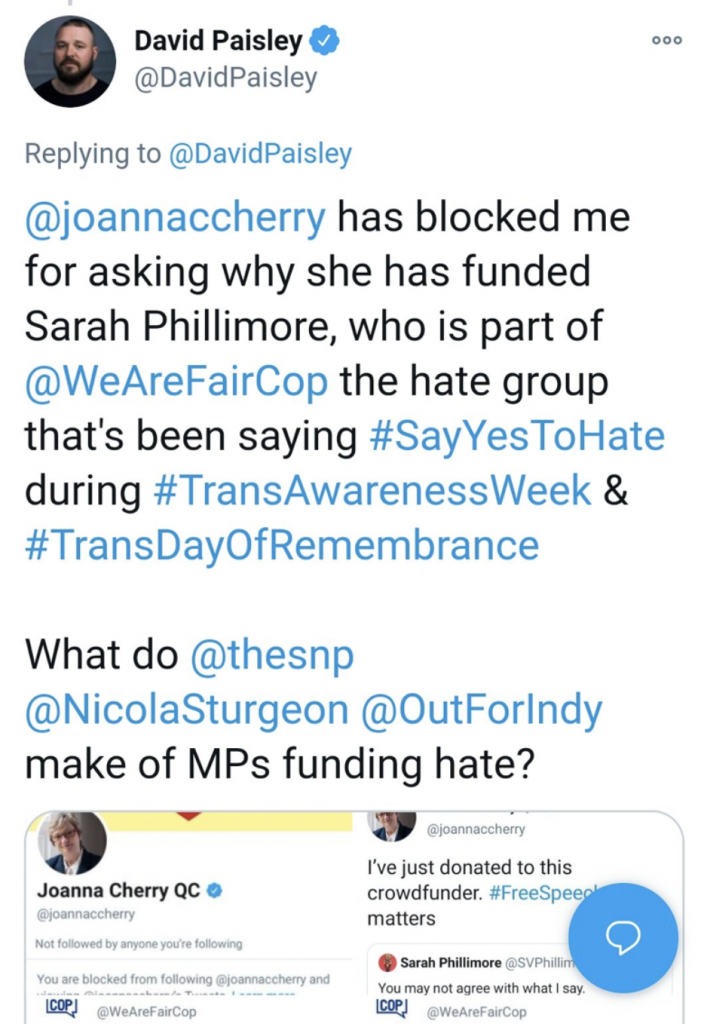