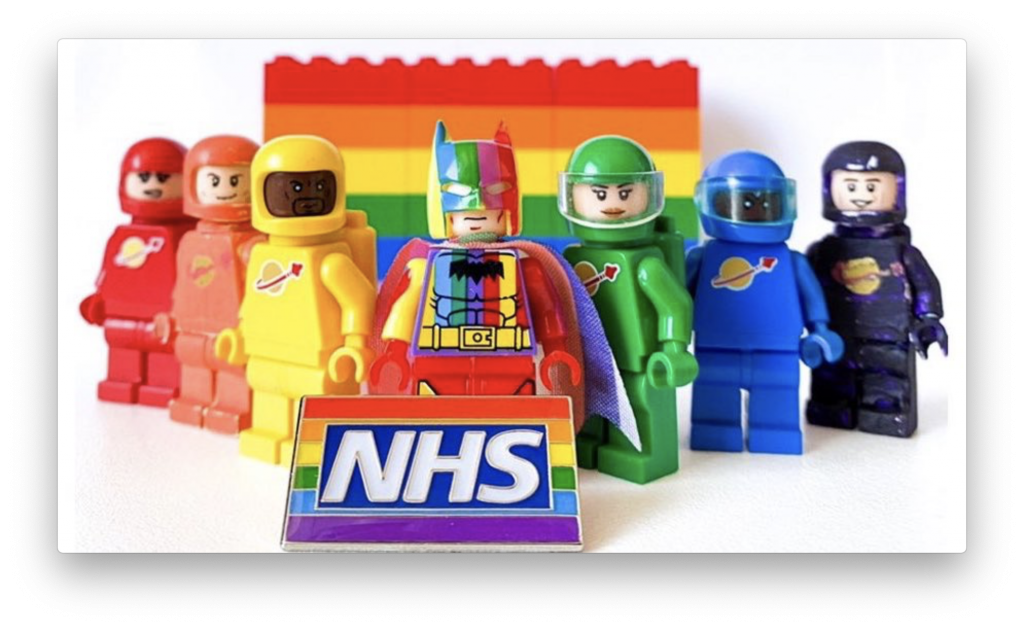 The COVID-related adoption of the rainbow flag to mean “I like the NHS” has caused dismay for many LGBT+ people. It’s not because they’re snowflakes. It’s because some of the flags, badges and other merchandise have appropriated two things: the Pride flag, and the logo of a very specific NHS initiative that’s been running for several years.

The original NHS rainbow was, well, a rainbow: seven colours in a semi-circle with clouds at either end. Here’s one. 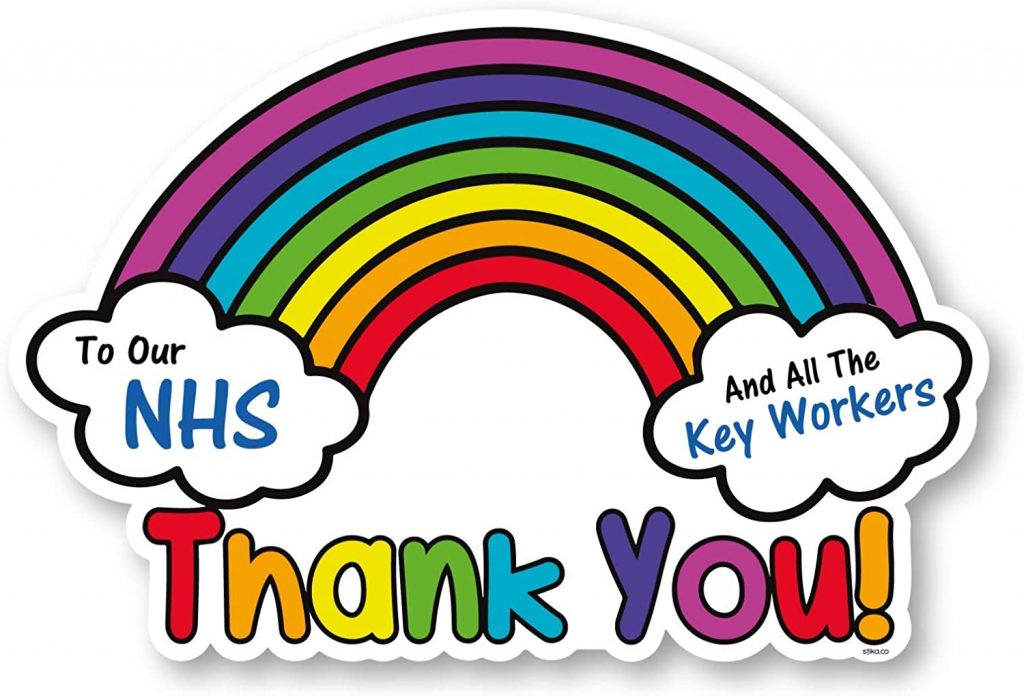 But we’re seeing more and more of this.Â This is a “Thank You NHS Hero” flag from Amazon: 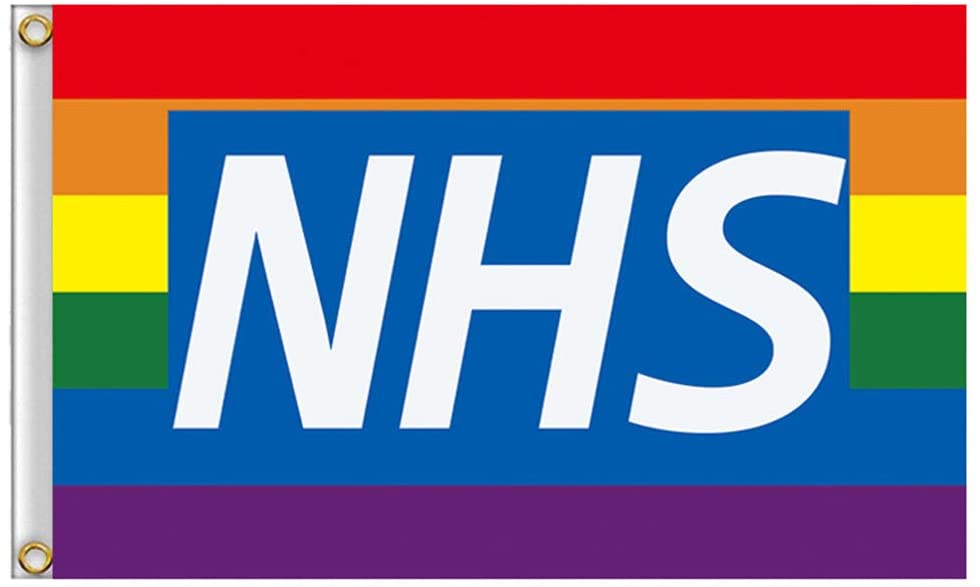 As you can see, it bears a strong resemblance to the Rainbow NHS Badge, shown below. 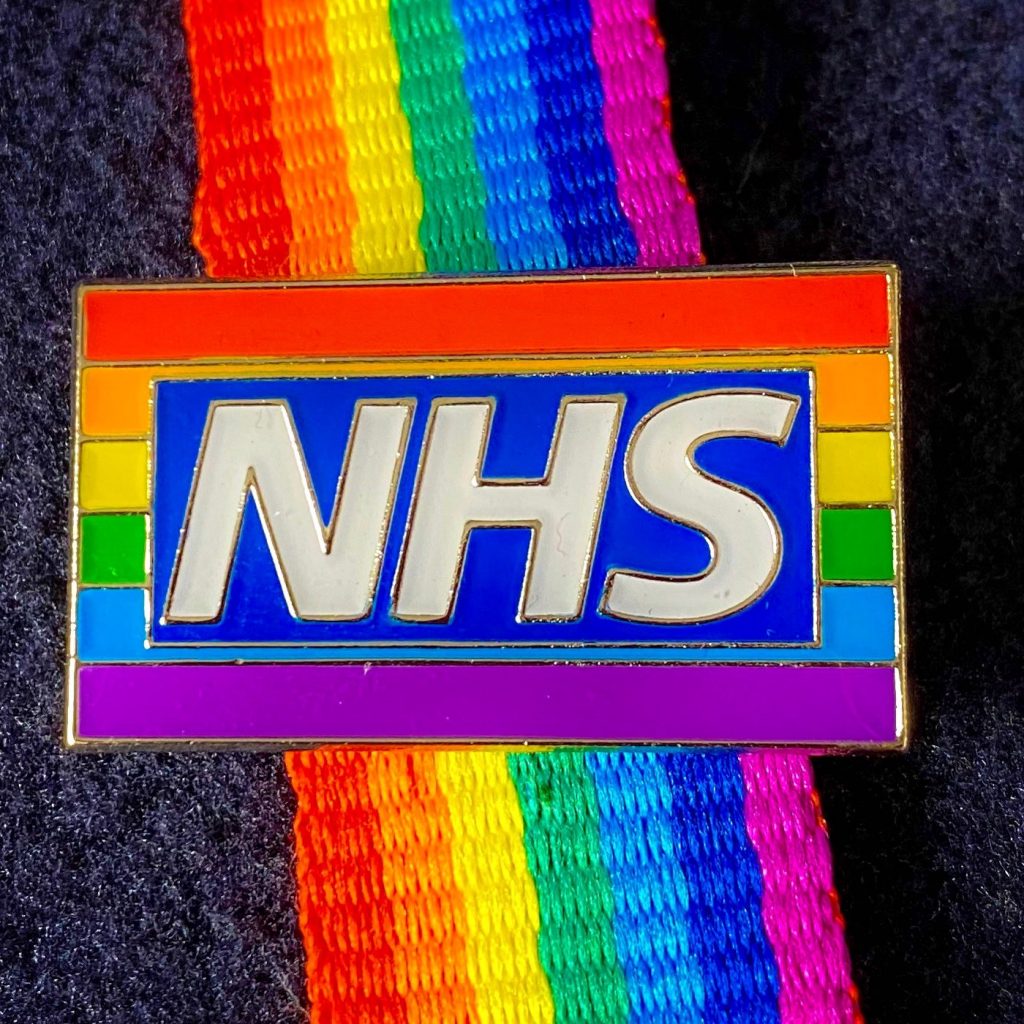 The former is cheap Amazon tat. The latter is the logo of a specific initiative to improve access to healthcare.

To try to address this, the Rainbow NHS badge project was created in late 2017. The aim was to create “a strong visual symbol to say to LGBT+ people accessing NHS healthcare, ‘I am a good person to talk to about LGBT+ issues and I will do my best to help you if I need it.'” The badge combined two instantly recognisable images: the NHS logo and the Pride flag.

There’s a potted history of the whole programme here.

It’s not just a badge. It’s also a commitment to equal healthcare and equal treatment, something LGBT+ people cannot take for granted. Prior to COVID, the badges were in use in 223 NHS trusts in England with more to follow and it was also rolling out to GP practices and other organisations.

Rainbows are important to LGBT+ people. They indicate safe spaces in a world that’s often very unsafe; in the NHS, they indicate that somebody is safe to talk to. The horizontal Pride flag is recognised globally as a symbol of LGBT+ people and LGBT+ inclusion.

Now, though, we’re being told that any and all rainbow flags â€“ including the Pride flag â€“ mean the NHS. They don’t.

I appreciate the rainbow arguments seem silly to anyone on the outside but let me put it this way.

For years, if you saw the rainbow flag up somewhere, queer people knew they would be safe there.

Now? Is it safe? Or does that person support the NHS – and want to send you to it?

The Pride flag is not a rainbow, but it’s beginning to be used by people who don’t know the difference. So theÂ use of the six-colour pride flag in NHS-related branding and merchandise â€“ and clothes shops and supermarkets have been particularly bad for this, cynically rejigging their Pride ranges to make them about the NHS instead â€“ is taking a very specific symbol and ignoring its meaning. As The Portal bookshop put it on Twitter, it’s having “a symbol of safety and unity snatched out from under us in six months flat.”

If there’s a silver lining to this cloud, it’s that it’s driving adoption of a newer, alternative Pride flag called the Progressive Pride flag. It was designed by Daniel Quasar in 2018 and adds more colours to represent people of different colours and genders. 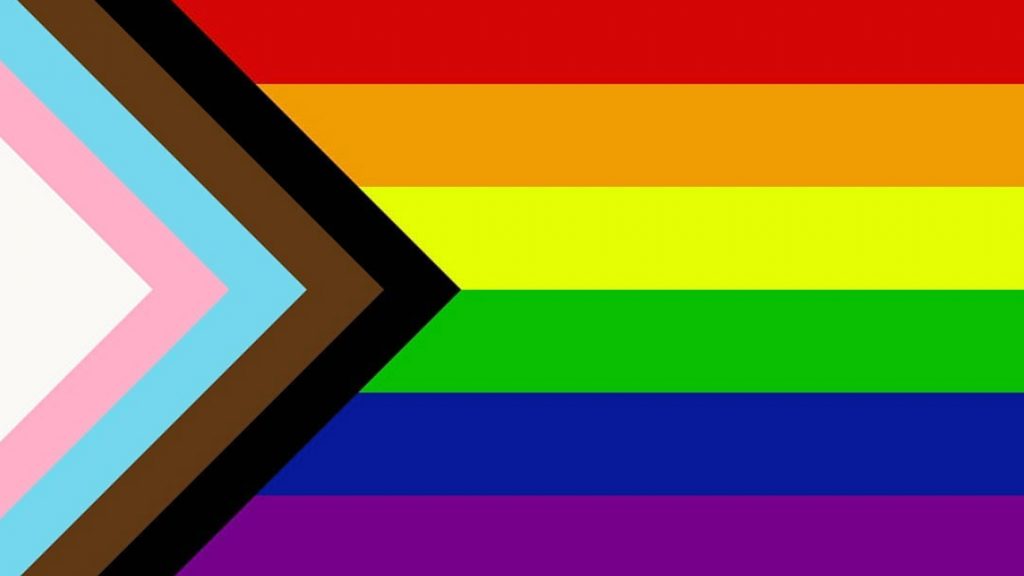 As Tom Haynes wrote on TheTab.com:

Iâ€™m certainly not trying to tell you LGBT+ people own the very concept of rainbows… but the way brands and the Tories have taken the rainbow and ran with it is uncomfortable to watch. Looking at summer streets full of boomers dangling actual Pride flags with NHS written on them, itâ€™s hard not to to think: yeah this is a form of erasure. Thereâ€™s a nuance here that most people are missing.