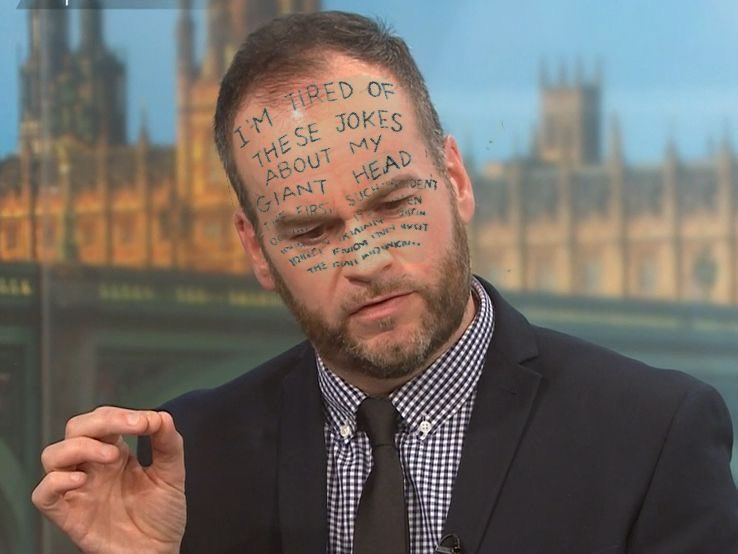 The Brendan Oâ€™Neill forehead meme is perfect â€“ one of the few perfect memes this year has produced (as er, Esquire of all places has correctly pointed out). Formally, it works because â€“ a bit like the Galaxy Brain meme â€“ it has the scope to get exponentially ever-more ridiculous, as Oâ€™Neillâ€™s forehead expands to become larger than the Hindenburg; larger than most skyscrapers; larger than the Earth itself. Recent attempts by Oâ€™Neill, clearly rattled by the meme, to shield his head with a hat have been easily incorporated â€“ who knows where it might go next.

…[By] refusing to take Oâ€™Neill seriously, and turning him into a figure of fun. It responds to his unreason exactly as it should be responded to: with some (much more playful and funny) nonsense of its own. There is no point engaging with this clown, the Forehead Meme communicates, he must be mocked and scorned from public life.