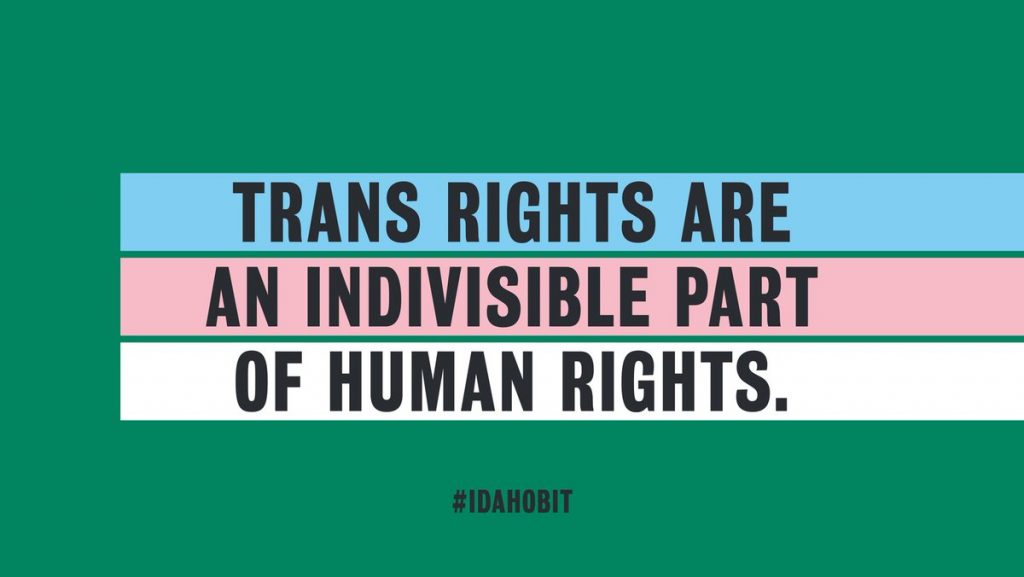 In a joint statement with Amnesty International UK and Human Rights Watch it says:

â€œHuman rights are universal and belong to everyone. Yet too often in the UK trans people are spoken about and treated as though their rights donâ€™t matter.

The toxic media coverage about trans people has recently spiked. At times of crisis and political change, marginalised groups are often singled out for abuse and hate. History has shown us time and time again the dangers of setting the rights of one marginalised group up for debate. But we know that our rights and freedoms are bound together.

Whatâ€™s more, this isnâ€™t an equal conversation or level playing field. Key voices are missing â€“ trans and non-binary people, and in particular young trans people. They are so often spoken about, not listened to. As a society, we need to make space so they can be finally heard without having to defend who they are.

We need to do this because denying rights leads to dehumanisation.

This is already happening in Hungary, Russia and the US, where trans people are facing serious human rights abuses,Â and new and vicious attacks on their fundamental rights.

We cannot allow this to happen here. Today, as we mark the International Day Against Homophobia, Biphobia and Transphobia (IDAHOBIT), our collective of UK human rights organisations wants to remind people that trans rights are an indivisible part of human rights.â€

Benjamin Ward, UK Director of Human Rights Watch said: â€œFor too long now, trans people in the UK have been dehumanised and their voices silenced.â€Â said Benjamin Ward, UK Director at Human Rights Watch. â€œItâ€™s time for people in the UK to stand together with trans people and for the human rights and humanity we all share.â€

Kate Allen, Director of Amnesty International UK, said:Â â€œTrans people often face extreme discrimination, and right now weâ€™re seeing growing threats to their human rights in the UK and abroad. But the biggest human rights organisations are united by their side â€“ we wonâ€™t rest until trans people can live freely as themselves, without inequality or abuse.â€

Martha Spurrier, Director of Liberty, said: â€œWe must, as a human rights movement, demonstrate that we will forever stand by the side of trans people and Iâ€™m proud to join others to spread this message on International Day Against Homophobia, Biphobia and Transphobia.â€