A matter of Pride 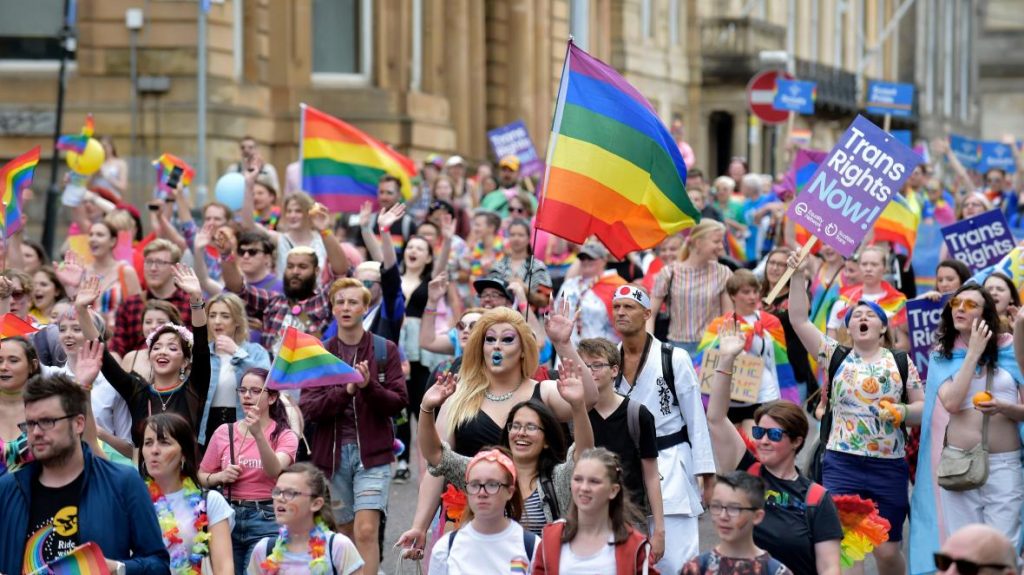 If you’re straight and cisgender, you probably don’t give Pride events much thought: they’re just parties, right? But if you’re LGBT+ you know that they’re much, much more than that. They’re places where, however briefly, you know you’re not alone; places where you aren’t hated or tolerated, but celebrated.

Pride events are among the many casualties of coronavirus this year. Spiller of Tea explains why that’s sad for LGBT+ people.

Iâ€™ve read a lot recently about how straight people are missing pubs and restaurants and cafes. This is entirely understandable, and I do sympathise, but imagine if your pubs were the only places in which you could safely relax your mannerisms, speak freely about your home life, or hold your partnerâ€™s hand. Then imagine that you lived in a city that only had one pub. Maybe go on to imagine that this single establishment only opened two nights a week, from 10 pm until 6 am, when the majority of old bastards like me are tucked up in bed. One place in the entire locality where, if you donâ€™t like sticky floors, banging music and drinking until itâ€™s light, youâ€™re basically excluded anyway. That is the reality for huge numbers of LGBTQ people in the UK, and Pride is one of the few precious moments of relief we are allowed from this frustrating, constrained existence.

The outside world may have stopped, but homophobia, biphobia and transphobia haven’t. The trolls have more time on their hands, so they’re more vicious than ever. The newspapers continue their assault on trans people (just yesterday The Scotsman ran a column claiming that it was “a biological fact” that trans women are men) and politicians continue to court the bigot demographic. As I was reminded yesterday, people still stare and glare at you in the street.

You may well be bored and lonely, but you probably don’t have people wishing you dead on social media or calling you a deviant in the press.

…in these most difficult of times, when LGBTQ people are facing all of the physical, emotional and financial issues cis-het people are facing, they present an added burden to people who, like the rest of you, are already fast-approaching breaking point.

…This crisis has, distressingly, not even begun to put an end to the attacks our community is so often forced to endure, but what it has achieved is to rob us of one of our most vital coping mechanisms in the face of those attacks. And for that, I will unashamedly mourn its loss.