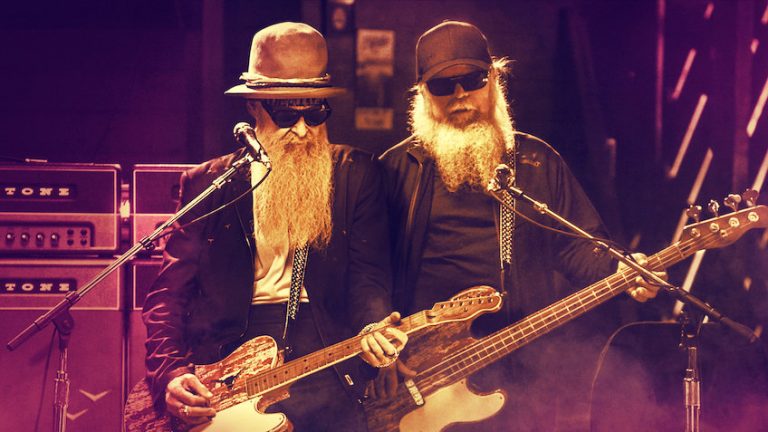 The new ZZ Top documentary, That Little Ol’ Band From Texas, is a little Netflix gem.

It traces the history of the band from their earliest musical adventures until the release of their smash hit Eliminator Â in 1983, which coincided with the launch of MTV. I’d have liked it to continue â€“ the band didn’t stop making music in the eighties, and songs like 2012’s Gotsta Get Paid (which plays over the end, and which I’ve included below) continued to showcase the songwriting chops, gravelly vocals and glorious guitar sounds that I love so much â€“ but it’s understandable from a narrative point of view.

The band come across as thoroughly likeable and a little bit bemused by it all; if there are skeletons rattling anywhere they aren’t rattling anywhere on screen. And the live performances filmed specially for the documentary are absolutely wonderful. It’s a shame about the 80s videos though; they made the band superstars but… let’s just say they were made in less enlightened times.