I’ve become a little bit obsessed by the marketing for Positive Grid’s SPARK, a very clever guitar amplifier. In recent weeks I’ve been seeing a lot of videos like the one pictured below, in which really amazing women guitarists test the amp. 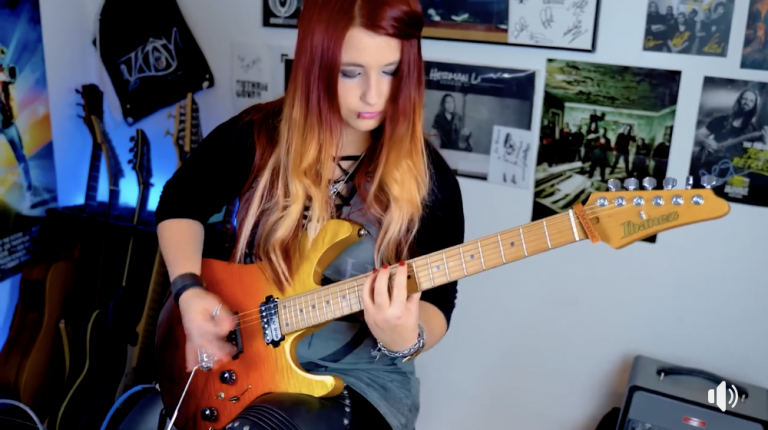 I volunteer and podcast for Scottish Women Inventing Music, an organisation dedicated to achieving gender equality across the music business, so I’m very interested in this stuff. The SPARK ads got me wondering: is this a deliberate strategy to boost the visibility of women musicians, thereby positioning Positive Grid as a forward-thinking firm, or is it just precision targeting on social media?

I’m not just wondering idly. Half of guitar buyers are women, and I recently spoke to guitar legends Fender about their marketing: this year will feature more signature models from women guitarists than ever before, and the marketing for the online Fender Play service has a good mix of people showing the variety of folks who play guitar.

Is Positive Grid doing the same? What are the boys seeing?

It turns out that the answer is boys.

I’m being shown women playing guitars but my male musician friends are seeing men in their ads. And that makes me wonder some more: is that because the firm has done testing and discovered that men won’t click on the link if the amp is being tested by a woman?

I fear that the answer is yes, because the frequency of the advertising indicates there’s a lot of money being spent on this campaign. You don’t make and target different ads for different genders if it doesn’t have a demonstrable effect on your sales.

I’m not picking on Positive Grid here. Seeing women in musical instrument marketing is still so rare that what they’re doing does feel like progress. As Guitar.com put it:

the guitar industry, and the music industry at large doesnâ€™t accurately reflect the wealth of female talent out there. The fact that people have noticed this at last means that, hopefully at least, weâ€™re finally starting to see some progressâ€¦