The anti-violence charity GALOP has published its latest online hate report, based on a sample of 700 LGBT+ people. It makes for grim reading, with social networks and newspaper website comment sections leaving even clearly illegal abuse untouched.

As you’d expect, almost all of us are used to being insulted online. But the prevalence of serious threats is really alarming. 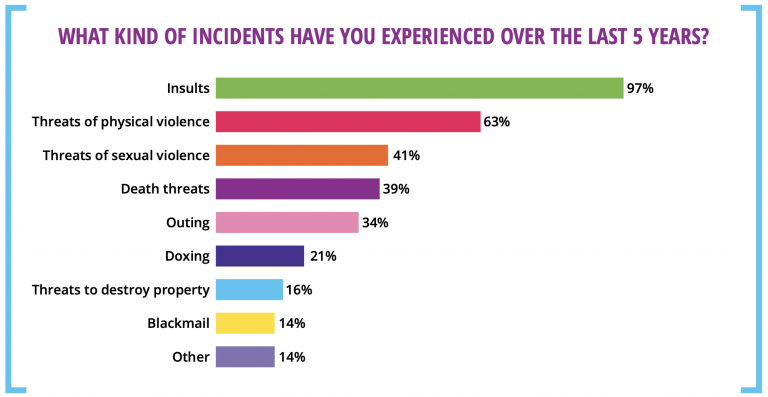 And the majority of incidents involved multiple perpetrators. 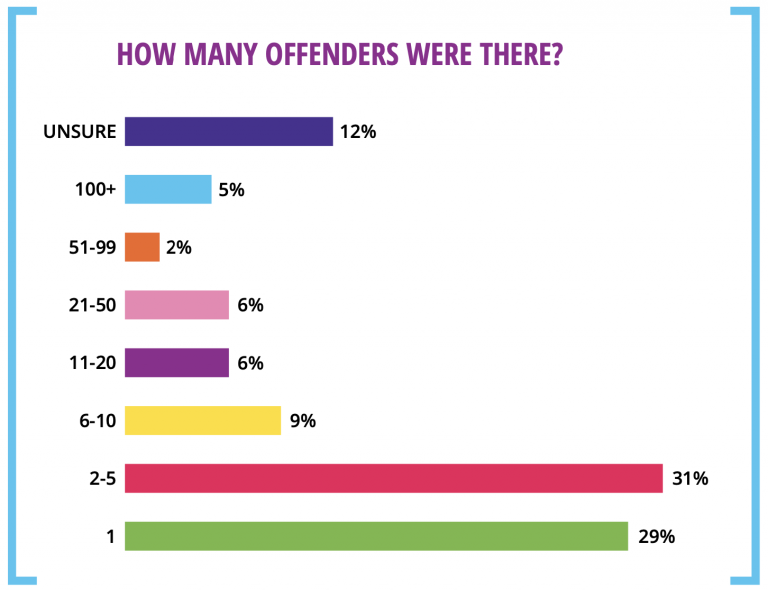 More than one in every ten incidents involved more than 20 perpetrators. That’s not surprising: key tactics of anti-trans people on social media include dogpiling (multiple people piling on to reply to a post) or mobbing, where a large group of people are directed towards a single target. Washed-up comedy writers and insecure comedians are particularly fond of the latter.

The effect on many of us is to silence us. Nearly half of us say we’re using social media less because of online abuse, with over a fifth of us removing any LGBT-related information from our profiles. 15% of respondents have quit social networks altogether.

Respondents also stated that they were reluctant to voice opinions online, join online conversations, and share content. Many also tightened controls on their profiles, and blocked large numbers of users, to limit the abuse they could receive.

If it weren’t for blocking, Twitter would be unusable for many trans folks.

As with real-life hate crimes, people generally don’t report online abuse. Only 42% of people report abuse to social media providers (who rarely act on such reports) and only 7% have reported online victimisation to the police, where again action was rarely taken.

The picture that emerges is very familiar: being abused online is so commonplace it’s become normalised, and social media firms and newspaper websites aren’t enforcing their own rules.