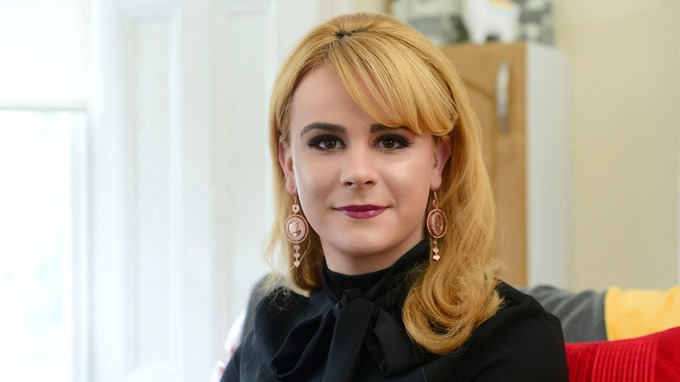 Interesting news from Northern Ireland, where Ava Moore (pictured) has reached a Â£9,000 settlement with Debenhams over its refusal to hire her because she is transgender.

I’ve written before about how Gender Recognition Certificates, which enable trans people to change the gender marker on their birth certificates, are designed to protect trans people from discrimination. While this case took place in Northern Ireland where anti-discrimination legislation is slightly different from the rest of the UK, it’s a good example of why it can be important for trans people’s documentation to match their lived gender.

Ava said: “This job was exactly what Iâ€™d been looking for and I thought that Iâ€™d be really good at it. However, during the course of the interview I felt a change in the atmosphere after I provided my birth certificate which discloses my gender history and the fact that I am a transgender woman.â€

After being formally informed of the decision by Debenhams not to employ her, Ava received an anonymous email which alleged that she had been unsuccessful in her job application because she is a transgender woman.

I know a woman who experienced something similar: when she was invited to a job interview for a position she was eminently qualified for, she was asked to bring her birth certificate to demonstrate her eligibility to work in the UK. As she was not then eligible to apply for a Gender Recognition Certificate to change the gender on her birth certificate, her paperwork revealed her trans history to her potential employer. She didn’t get the job.

While fantasists fill endless column inches with invented scares about the supposed dangers of gender recognition reform, dangers that have not materialised in any other country with more flexible gender recognition legislation, the unnecessary difficulty and expense of getting a Gender Recognition Certificate means there will be other men and women like her and like Ava Moore.