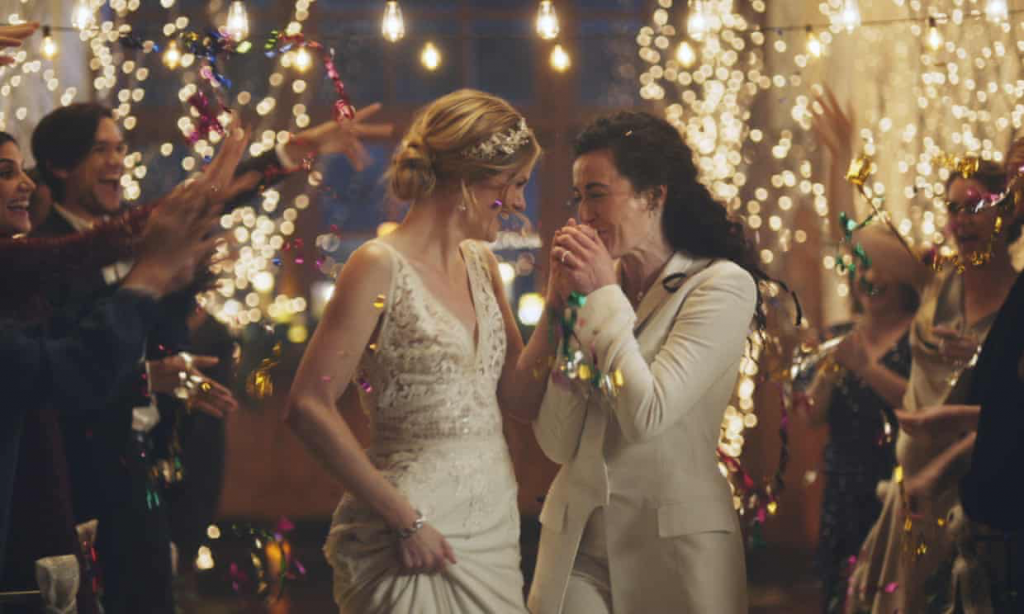 In the US, the Hallmark channel has pulled a series of bridal adverts because they featured a lesbian couple. Of the six adverts submitted, only two â€“ the only two featuring heterosexual couples â€“ will be aired.

The ads were pulled because of pressure from One Million Moms, a far right, anti-LGBT+ evangelical hate group. A post on the group’s website said that their call to the CEO of Hallmark’s parent company “gave us the opportunity to confirm the Hallmark Channel will continue to be a safe and family-friendly network.”

This is the same pressure group that demanded a boycott of Toy Story 4 because in the background of one scene there was a same-sex couple dropping their child off at nursery and giving them a hug.

The entire purpose of One Million Moms is toÂ get offended about things and campaign against them. Not important things such as child poverty, structural inequality or women’s reproductive rights and healthcare. Things such as the names ofÂ ice creams and the gender of dolls and Drag Queen Story Hour and the presence of lesbian women in bridal adverts.Â They’re basically the US equivalent of the Mumsnet nutcases who spend every waking hour trying to hurt trans people and who have the right-wing press on speed dial.

They exploit the public perception of mothers as kind, caring, nurturing people rather than rabid, reactionary right-wingers and have a media profile that’s much bigger than any group of intolerant evangelical assclowns deserves. And some firms are too craven and cowardly to tell them to go to Hell, which is where they’re all headed.

The membership of One Million Moms is considerably smaller than one million mums.Â As Advocate.com points out, their history of petitions and boycotts demonstrates that these terrible arseholes have very little support, and they have close links with hate preachers who demonise not just LGBT+ people but Jews, Muslims and Mormons too. But that didn’t stop the Hallmark Channel from caving to their bigoted demands.

The idea that the very existence of LGBT+ people is not family friendly fills me with rage. We are family. We areÂ your family, even if your so-called family values mean we have to hide from you. We are your sisters and brothers, your fathers and mothers, your sons and daughters, your aunts and uncles and cousins and every other kind of family member there can be.

The idea that our existence is not family-friendly, that simply by being alive we are threats to all that is decent and true, is what fuelled the hateful Section 28 legislation. It’s what leads supposedly intelligent adults to scream at primary school teachers because they teach inclusive education. It’s what prevented equal rights Â for so long. And it’s what fuels the discrimination and violence against LGBT+ people that fills my news feed with new horrors each and every day.

“We’re not bigots,” say the bigots. “We’re just defending family values.” But the family they mean is their religious family, and the values they speak of are hatred and intolerance.

My family is a rainbow family, and I teach my children family values too. But in my house, family values doesn’t mean hatred and intolerance. The family values we preach are kindness, compassion, and not being hateful, bigoted bastards.

This story has really blown up, and Hallmark has reversed its decision. In a statement, GLAAD president Sarah Kate Ellis said:

The Hallmark Channel’s decision to correct its mistake sends an important message to LGBTQ people and represents a major loss for fringe organizations, like One Million Moms, whose sole purpose is to hurt families like mine.