“With the gender clinic, your answerphone messages are prayers” 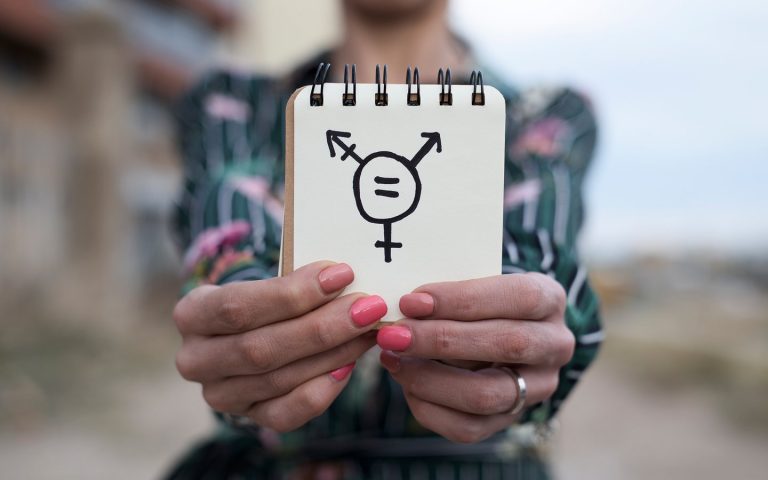 I was asked by LGBT Health and Wellbeing to speak at an event about LGBT+ mental health yesterday: the three other panelists and I were asked to share our own experiences of mental health provision, where it falls short and where it might be improved. This is aÂ slightly more coherent version of my talk.

I decided not to tell my NHS counsellor that I was trans when she looked me in the eye and said â€œyou need to remember, there are babies in Africa who have it even worse.â€

We were talking about me wanting to kill myself. I figured that if this was the high quality help I was going to get, there wasnâ€™t much point asking her how I could come to terms with my gender stuff too. After all, when she asked if Iâ€™d planned to kill myself since our last meeting and I said yes, yesterday, she said â€œBut not today! So weâ€™ll just tick no!â€ as she tapped her iPad.

It wasnâ€™t the first time Iâ€™d gone to mental health services and bottled it. In my 20s I was referred to a psychologist with what I now understand was depression. Guilt and fear and shame meant I didnâ€™t tell him the single most important reason for why I was so sad. With imperfect information, he gave me imperfect advice.

So I stayed sad for another 24 years.

My counsellor with the baby comment was an aberration: most of the people Iâ€™ve met in the NHS have been skilled, dedicated and kind. My current counsellor is a life-saver. But at the time, it confirmed everything I thought about being trans: nobody could help.

I certainly couldnâ€™t talk to my GP about it. He resembled Jacob Rees-Mogg and he clearly didnâ€™t like me; when he diagnosed severe depression in my early 40s it was with the kind of disdain you get from a disapproving dad. God knows how heâ€™d react if he knew I was the kind of person the Daily Mail warned him about.

I know now that all was wrong with me was a bit of body chemistry and a boring wardrobe, but I didnâ€™t get the help I needed because I didnâ€™t want to tell a doctor or a nurse or anyone else that I was trans.

There were no rainbow flags in my GPâ€™s surgery, no posters about LGBT+ helplines, just a bunch of magazines about expensive things for straight people.Â With hindsight, if there had been even the slightest hint that someone in my GPâ€™s surgery understood LGBT+ issues, I might have tried talking about the gender stuff years earlier. But there wasnâ€™t, and I didnâ€™t.

On the day I came out, many years later, I called the gender clinic, hands shaking so badly that I could barely hold the phone, and for the very first time I said out loud that I was transgender. I told the answering machine that I needed help. I told it that I needed to talk to somebody.

My first counselling session was March 2019.

I was lucky. I was able to do tons of research myself and I was able pay to for private treatment: a counsellor who helped me through a very dark period; hormones that made the depression drugs unnecessary after just a few weeks; a private GP to make sure my medication wasnâ€™t killing me. By the time I finally got my initial appointment at the gender clinic, I was already well on the way to addressing my mental health issues.

But Iâ€™d had to do it outside the NHS.

Waiting times are not the beginning of our journey. We donâ€™t wake up one morning and go â€œeek! I’m a girl! I must call a gender clinic!” I spent three decades working it out, fighting it and being too scared to tell anybody about it.

So thereâ€™s an accidental cruelty to the process where you finally sum up the courage to tell somebody and nothing happens for more than a year.

When I phone my gas provider they keep telling me Iâ€™m important to them and that Iâ€™m 16th in the queue. But with the gender clinic, which is a bit more life and death, your referral and your answerphone messages are prayers: you hope someone got your message, but youâ€™ve no way of knowing for sure.

Waiting times are probably the cruelest thing about trans healthcare: I waited thirteen months for my first appointment, four more for my second, two more months for a counselling assessment and another ten months before I finally started the counselling thatâ€™s helping me hang in there.

But there are little cruelties throughout the system.

With the exception of one counsellor, every single person Iâ€™ve dealt with in the NHS since I came out has been great.

But it feels like theyâ€™re part of a system that just isnâ€™t fit for purpose, a system where reception staff are unaffordable luxuries, a system where it takes a year and a half to get a counselling assessment and another year for your first appointment, a system where people trained in psychiatry are expected to do bloods and monitor hormone levels while the waiting lists for psychiatric assessments grow longer, a system where staff are so overloaded a letter dictated in July isnâ€™t delivered until late September.

If you were to design a system that worked for LGBT+ people, you wouldnâ€™t design it like this.

And maybe the biggest cruelty, the waiting list, isnâ€™t fixable by anyone who isnâ€™t in government. But someone, somewhere has the power to fix the little cruelties. It wonâ€™t make the system perfect. But itâ€™d make it hurt a little less.