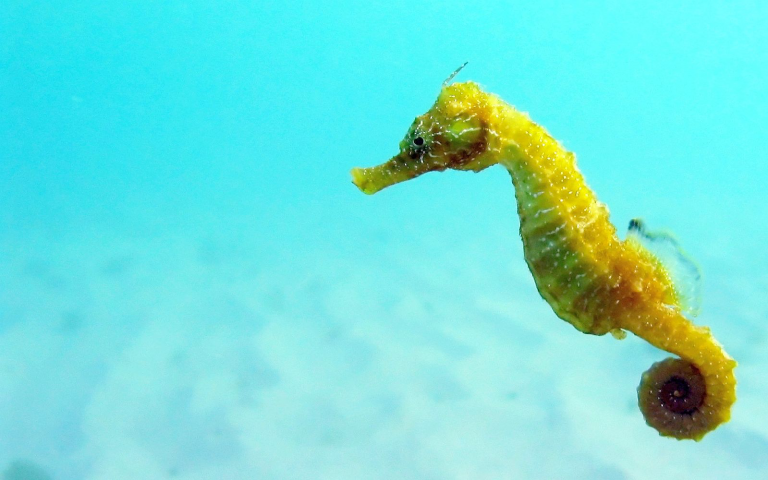 TheÂ High Court in England has ruled that Guardian journalist Freddy McConnell, a trans man, cannot be named as the father of his child on their birth certificate.

McConnell is his child’s dad, and as he has a gender recognition certificate he is legally a man. However, the court has taken the view that what matters isn’t McConnell’s legal status but his birth sex â€“ and the way we record birth certificates overrules the Gender Recognition Act.

Tammy Knox was involved in the case and provides a detailed explanation here. 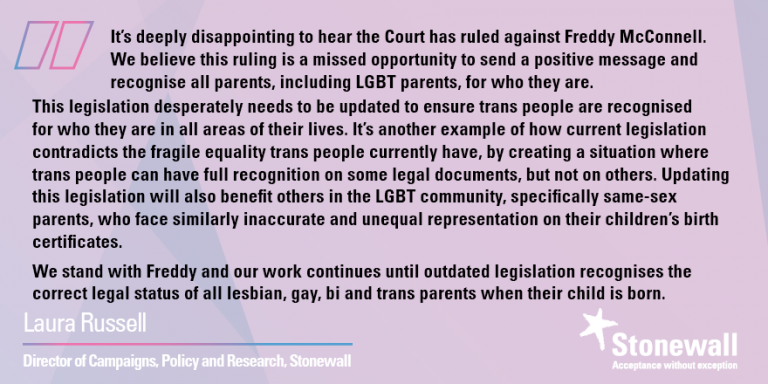 In the first legal definition of a mother in English common law, Sir Andrew McFarlane, the president of the high courtâ€™s family division, ruled on Wednesday that motherhood was about being pregnant and giving birth regardless of whether the person who does so was considered a man or a woman in law… Whilst that personâ€™s gender is â€˜maleâ€™, their parental status, which derives from their biological role in giving birth, is that of â€˜motherâ€™.â€

The usual suspects will spout half-remembered stuff about chromosomes or bitch and moan about “snowflakes”, sinister anti-family agendas and tradition, but you might as well go and yell at the tide coming in in the evening. Human biology is more complicated than you learned in school, trans people are real and some trans men retain their reproductive capability. And our systems, both legal and medical, will have to adapt to cope with that. So from that perspective, today was a missed opportunity.

It’s also really worrying if you’re trans or non-binary. Sex and gender are generally used interchangeably in UK law; anti-trans activists have been fighting to change that in order to deny existing legal protections to trans people. This judgement will delight them.

Experts in family law have already hit out at the judgment. Hannah Saxe and Scott Halliday at Irwin Mitchell said: “It cannot be right that a person can be legally recognised as male is some respects, such as on a Gender Recognition Certificate, but not in others.”

And QCs for McConnell set out the implications: Previous legal protections for trans people, could be unpicked. Reforms to surrogacy laws will be halted. Same-sex parents would be blocked from birth certificates. Fertility clinics will not be able to offer treatment to trans ppl.

This is about much, much more than one person’s birth certificate.