Sympathy for these devils 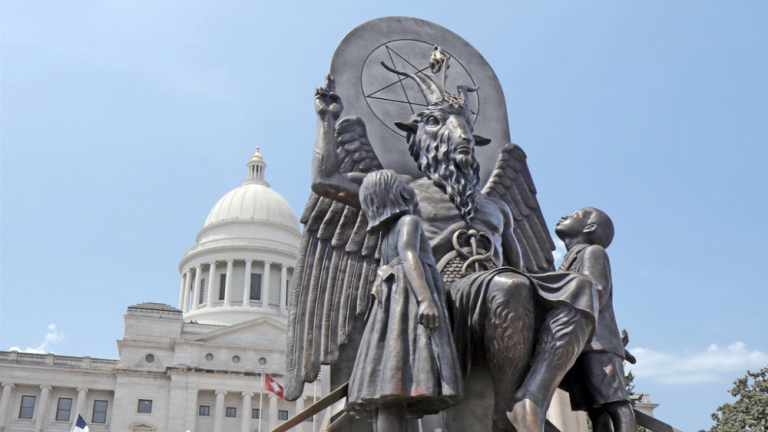 The film is about The Satanic Temple, a group of merry pranksters with a very serious purpose: they draw attention to and sometimes battle the US religious right’s attempts to impose theocratic legislation under the guise of religious freedom. For example, if the Christian Right can have the Ten Commandments outside government buildings, shouldn’t Satanists have a statue of Baphomet?

The Satanic Templeâ€™s combination of shock tactics and anti-discrimination lawsuits is check-and-mate against America creeping towards a Christian theocracy.

…Satanists can be women in tattoos or geeky men with bowties. Thereâ€™s hair colors of all shades and people who wouldnâ€™t get a double-take at the grocery store.

There are also quite a few gender non-conforming people: I think I saw more trans women in Hail Satan? than I have in the last ten years of watching TV and movies. And that’s part of the point. The Satanic Temple is comprised of, and speaks for, the people demonised (pun fully intended) by religious extremists: the women, the people who don’t want to be pregnant, the trans folks and anybody else who doesn’t fit a very narrow, politicised interpretation of God’s will. The documentary essentially asks: when the fundamentalists and the extremists have the power and the money and the government and the TV stations and the newspapers on their side, how do you fight back?

The trailer’s here.Â The film’s on limited UK release just now and is also available to stream online.