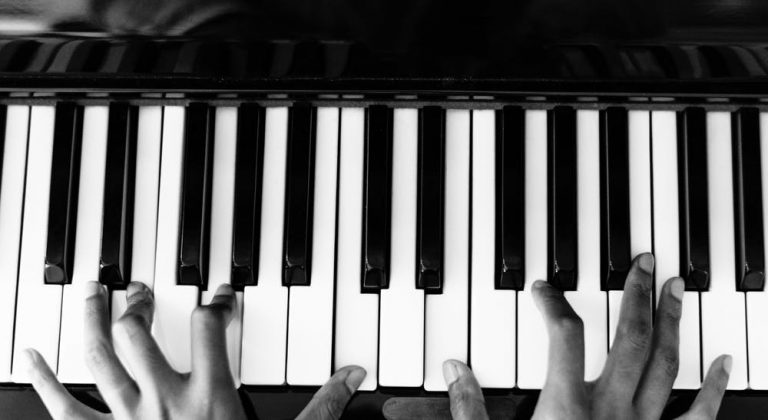 I start lots of things I don’t finish. I had a go at being a novelist for a while and made a bit of money doing it, but I lost interest after publishing the first one and writing half of its sequel. I’ve got a huge non-fiction book on my hard disk that’s almost but not quite finished and has been almost but not quite finished for around a year now. I attended a comedy writing class and started writing a sitcom. I went to piano lessons for the best part of a year. I’ve messed around with various unfamiliar instruments from the ukulele to the harmonica.

For me, finishing isn’t really the point. It’s the getting there I like. For example, I played harmonica for exactly long enough to work out how to get a tune out of it, then I didn’t pick it up again. The finding out is fun. The practicing afterwards? Dull as dishwater.

I may come back to some of these things, to novel #2 or the non-fiction book or the script or the ukulele. But I probably won’t, because there will be other things to do in a half-arsed manner.

Liz Krieger, I suspect, is a kindred spirit.

As I write this, thereâ€™s an almost-new guitar sitting in my parentsâ€™ basement, a pair of slightly scuffed tap shoes in my closet, one mostly deformed ring holder on my dresser, and a dwindling supply of handmade thank-you cards â€” well, somewhere in my apartment, I think.

Collectively, these items tell the story of a decadeâ€™s worth of short-lived forays into new hobbies. Over the past 10 years, Iâ€™ve taken five guitar lessons, six tap-dancing classes, eight pottery-wheel classes, a two-day letterpress workshop, and two beginner ballet classes. And this ragtag collection of souvenirs is all I have to show for it all. There are no photos of me onstage at some sweaty-palmed recital. I donâ€™t have a side gig selling pinch pots.

Like me, Krieger doesn’t regret any of it: “each one scratched an itch I was having, taught me something, or filled time in a pleasant way.” But the wider world doesn’t always see it that way.

The world doesnâ€™t look too kindly on a dabbler. In fact, thereâ€™s another, even less positive word for it: dilettante. Itâ€™s a word that connotes a blithe carelessness, a flightiness, a lack of seriousness or depth.

When I was a lot younger and went to regular band practices in various rehearsal rooms, I was often asked “what are you practising for?” What was the goal, what was the point, of all this effort and time and expense?

Partly, we were practising for gigs we planned to do at some point in the future that would somehow turn us into rock stars. But mainly, we were practicing for no reason other than this: practising was fun. For three hours every week I got to make an enormous racket, which I loved doing (and still love doing).

If my only objective had been to become a rock star, then of course those rehearsals were a complete waste of time and money. But I knew I wasn’t going to be a rock star because I wasn’t willing to put in the work. Instead, I had lots of fun pretending to be the guitarist from The Cult, and my bands did some fun things. So as far as I’m concerned it was completely worthwhile.

The same applies to the comedy class, which I enjoyed immensely, and the piano lessons that were often the highlight of my week. I’m still not a comedy writer or a piano player but that wasn’t the point. I was there to mess around, to waste time wonderfully, to learn more about how comedy works and how to play a couple of piano chords.

Having a half-arsed go at things can be wonderful for your mental health â€“ and if you get to the point where it stops being fun then quitting isn’t necessarily a sign that you’ve wasted your time.

To determine the difference between dabbling and quitting, examine your intention from the outset. If you signed up for that basket-weaving class with a specific goal of making the centerpieces for a friendâ€™s wedding or of meaningfully supplementing your income with a basket business, then bagging it halfway probably isnâ€™t a great idea (and might lead to some ugly centerpieces).

But if you signed up to reawaken a creative side thatâ€™s felt a little dormant lately, a quick dose might be all you need to get your groove back, and you should walk away when you feel youâ€™ve gotten what you want out of the experience.

You don’t necessarily need to have a destination to enjoy the journey. As the late Kurt Vonnegut wrote in Timequake:

Listen. We are here on Earth to fart around. Don’t let anybody tell you any different.