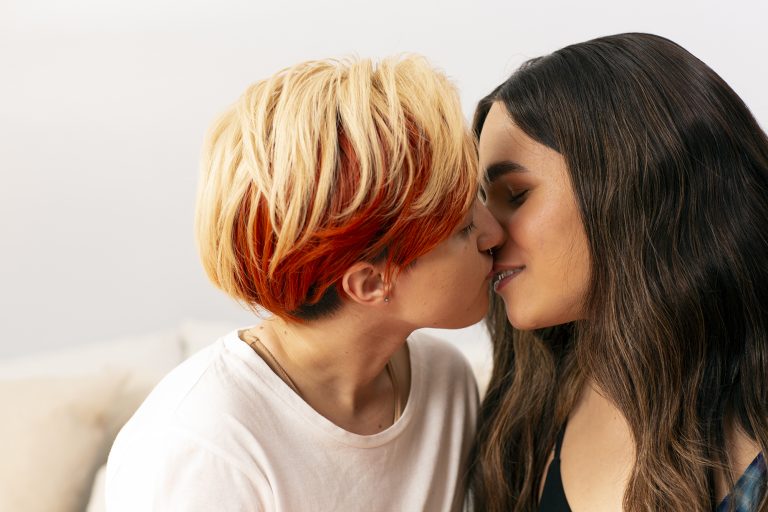 Sorry about the title. My mum reads this blog and I couldn’t resist the opportunity to make her spit out her coffee.

I mentioned this study before: it asked around 1,000 people about the genders they would consider dating. It wasn’t brilliant news for trans people.

The study gave respondents a list of five types of potential dating partners: a cisgender (ie, not trans) woman; a cisgender man; a trans woman (someone assigned male at birth but now living as female); a trans man; a non-binary person who identifies and/or presents as neither male nor female.

87.5% said they wouldn’t consider dating the trans and non-binary people.

The detail is interesting. There were significant differences between straight people and bi/queer people: only 3.1% of the former were willing to consider dating a trans/NB person, but the figure was 55% in the latter group.

One reason for this may be that individuals with queer or bisexual sexual orientations are already looking beyond gender in many ways when selecting a person to date.

The obvious follow-on question is a simple one. Why?

Time for a new study.

In a follow-up study recently presented at the Canadian Psychological Association’s annual convention, we examined people’s reasons for excluding trans folk from hypothetical dating pools. By and large, the reasons given fell into three overall categories: dehumanization/prejudice, uncertainty or lack of knowledge, and issues related to bodies and reproduction.

We don’t need to give the prejudiced reasons any consideration; some people just hate trans/NB people. It’s the other two that interest me: lack of knowledge and “issues related to bodies and reproduction”.

Lack of knowledge was the most common explanation by far, leaving the other sensible one – not wanting to date someone with whom you might not be able to have children – far behind.

many simply stated that they had never really considered the question before and were unsure of what it would mean to be in a relationship with a transgender or non-binary individual.

It’s yet another example of how visibility, or rather the lack of visibility, has real-world effects.

The difference in attitudes between straight and LGBT+ people is a good example of that. If you’re LGBT+, you’re likely to hang out in places where LGBT+ people can feel safe – so you’re going to meet all kinds of trans and non-binary people, some of whom will be incredibly attractive. And if you don’t hang out in those places, you may never meet an openly trans person at all.

As the researchers rightly note, this isn’t about whether you should fancy trans/NB people. It’s about the wider culture, a culture that has an effect on how our preferences are formed (not to mention whether we feel safe enough to hang out in the same places you do).

People’s dating preferences can be a lens through which we can see societal attitudes, which is why it’s studied by sociologists keen to understand people’s attitudes to race, to body shape, to gender identity.

Just as sociologists have tracked acceptance of inter-racial relationships as a metric of overall societal acceptance of racial minorities, future fluctuations in the extent to which trans and non-binary individuals are included within the intimate world of dating may help to illuminate progress (or lack thereof) with respect to fully including trans and non-binary individuals within our society. After all, it is one thing to make space for diverse gender identities within our workplaces, schools, washrooms and public spaces, but it is another to fully include and accept gender diversity within our families and romantic relationships.

If the answer is no, we still have a long way to go.