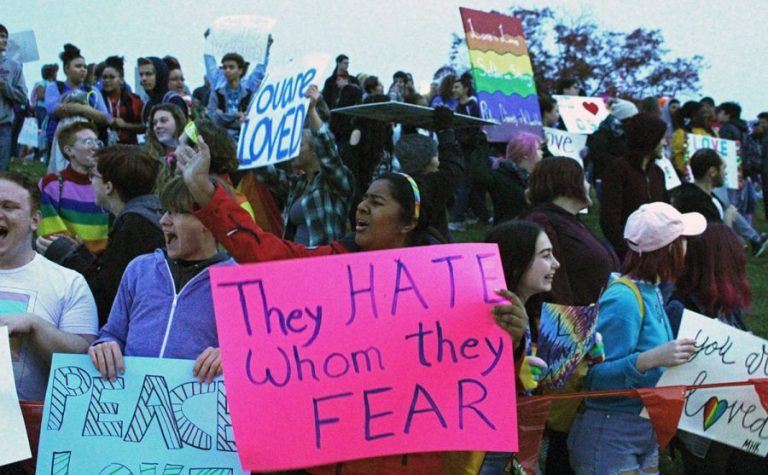 The piece is based on a single study, albeit one that draws on multiple others and widely accepted social phenomena. The short version is that trans people get shot by both sides.

transgender individuals can be perceived as simultaneously transgressing the gender norms of BOTH binary genders. For example, a trans woman (i.e., someone assigned male at birth who now identifies as a woman) is transgressing male norms by identifying as a woman, but also may be seen as transgressing the norms of being a woman by not appearing feminine enough. Indeed, other research has found that transgender women are particularly at risk for prejudice and violence due to societyâ€™s general tendency to police femininity and to punish transgressions of misplaced femininity.

I thought this bit was interesting: for some people, the most threatening trans people aren’t the genderqueer ones or those who look visibly trans. What makes them upset and angry are the people who “pass”, who appear to be the gender they are rather than the one they were assigned at birth.

if you yourself are a man and hinge a great deal of your identity on being a man, what does this piece of your identity really mean if someone born female can â€˜passâ€™ as being just â€œas much of a manâ€ as you?

Thus, the more an individual strongly believes in the gender binary, the more threatening transgender individuals (especially those who â€˜passâ€™) are to that individualâ€™s own personal identity as either a man or a woman.

The article gives an example.

Not a perfect comparison, I know: it’s more like expanding the category to include “police officers who don’t have exactly the same background as you” rather than less qualified people. But you get the point.

It’s awfully reminiscent of some of the pushback against equal marriage: I’ve heard many people claim that “if gay and lesbian people can marry, that somehow makes marriage worth less.” It doesn’t, unless you believe that being married makes you better than people who aren’t and that letting others marry makes you less special. And if that’s the case, it says a lot more about you than it does about gay or lesbian people â€“ especially if you’re driven to oppose, vote against or campaign against giving the same rights to those people.