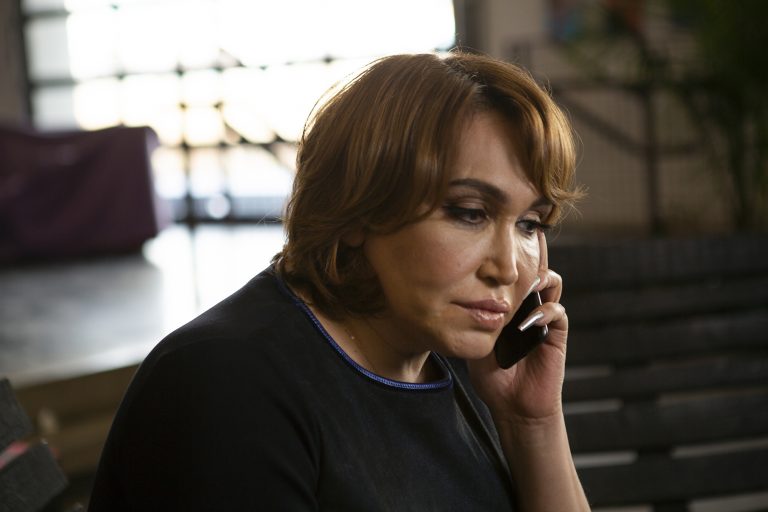 I’ve just done a radio interview, with a preamble I’m used to:

Me (on phone): Hello!
Researcher: Hi! Can I speak to Carrie Marshall, please?
Me: Speaking!
Researcher: [pause]

Then professionalism kicks in and the researcher tells me what they’re calling about.

It’s not a big deal; just one of those things you get used to. But it’s one of the reasons people like me do voice therapy to try and get more feminine voices. What causes a little pause for a radio researcher or a frustrating conversation with a car insurance provider can be a lot more serious in public; I can go about my business without being noticed a lot of the time, and then someone hears my voice and suddenly I’m the centre of their attention. I haven’t encountered any trouble as a result of this, but I can’t help adding a word to the end of that statement: I haven’t encountered any trouble yet.

In some parts of the world, attracting other people’s attention can be fatal. Today is yet another day when my news feed brings me a story of a young trans woman who’s been murdered and multiple cases of trans women being abused or assaulted because someone took exception to their existence (trans men face many dangers too, of course).

For some trans women, a more feminine voice can mean safety.

“Vocal training can help trans women deal with situations where they’re in danger,” Block said. “I work with clients to show them how they can use their voices and what they can say in dangerous situations as an actual vocal task to practice.”

For trans men, hormone treatment deepens their voice naturally. It doesn’t work the other way, sadly: testosterone’s effects on your vocal cords are pretty much irreversible unless you go for surgery – which as a singer, I wouldn’t risk even if I could afford it.

For trans women, changing your voice means battling a combination of physiology, embedded habits and socialisation. Men and women talk differently for a mix of reasons, and you need to address all of them if you want a more feminine voice.

As I understand it there are three key differences between male and female speech. The most obvious but least important is pitch, which is how high or low your voice is: some of my female friends’ voices are almost as deep as mine, but they are still unmistakably female.

That’s because of reasons two and three: resonance and variety. The former is about where your voice comes from, with men generally speaking from their chest and women from higher up; the latter is about the variety in tone when you speak. That’s entirely socialised: there’s no biological reason why men should talk in near-monotones when women don’t. It’s just that we’re conditioned to take strong, monotonous voices more seriously than more interesting, varied expression. The former is supposedly authoritative, the latter frivolous.

Serena Daniari in The Guardian:

Throughout my own transition, I’ve often wondered whether my voice, which is deeper than that of the typical cisgender woman, diminished my value as a woman. Hormones and surgical alterations had feminized my exterior, however, my voice had not changed and was a persistent source of frustration and angst for me. At times, I wished for nothing more than a voice that was considered “pretty” and “passable,” wanting to change every aspect of my identity in order to live up to what society expects women to be: submissive, subdued, sensual, and feminine.

Over time, I’ve realized that there is no one way for a woman to sound.

I hate voice therapy and wish I didn’t have to do it, but while I don’t want to have a stereotypically female voice I’ve become really unhappy with the old-me voice, as lovely as it was. So my therapist is helping me work towards a more androgynous voice: not high-pitched, but slightly higher and a lot more interesting.

Maintaining it is hard, and I don’t use it in public yet – although when I do phone-in radio interviews or use the phone for work I do make a conscious effort to maintain the right pitch and resonance. I can’t quite bring myself to use it around my friends, though. For some reason I find that horribly embarrassing and much more difficult than in a work situation. A big part of it, I’m sure, is years of seeing trans people portrayed on screen as men with squeaky, unconvincing voices and being scared that’s how I’m coming across to people I want to like or love me.

I have an odd relationship with my voice now, because it’s part of my wider identity as a trans woman: I’m not trying to get a woman’s voice; I’m trying to find my voice.

Like me, Primrose has veered away from the the goal of “passing” as a cisgender woman. Instead, she is working towards achieving a voice that is personally fulfilling. “I want to be the person that I’m comfortable being,” Primrose said. “I don’t necessarily want to have a high voice because it makes you approximate cis women. I don’t care about that. I feel no shame about being trans. It’s who I am. It’s my life’s journey. It’s my identity.”

I can really relate to that. I’m not a cisgender woman and I’ll never sound like one, but that’s okay, most of the time.

My natural voice is different already – I speak much more softly and slightly higher than I did before I started being me full time – but maintaining a more feminine voice is very tiring and takes tons of practice. Because I sing a lot my voice gets a lot of abuse, which works against the feminisation by dragging the pitch of my voice down considerably, and because I have children I constantly get the cold, which does the same. But despite the difficulties, the feeling stupid and the frustration when my voice flatly refuses to play along, I’ll persevere.

It’s the trans experience in microcosm: a lot of work over a very long time so I can feel a little more accepted, a little more comfortable, a little less scared.

PS: As I went to hit publish on this post, my phone went.