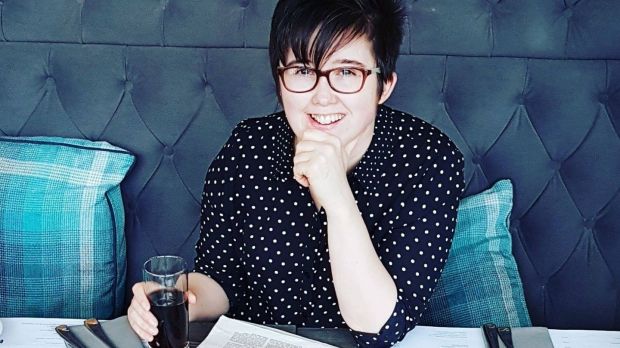 I didn’t know Lyra McKee, the extraordinary young woman shot dead by terrorists in Derry this week, but some of my friends did. They’re devastated. The loss of a friend is always a tragedy, but to lose them in such circumstances is particularly horrific.

McKee’s death has been marked by some fine, angry, fearless writing. This, by Paraic O’Donnell, is one such tribute.

â€˜The violence causes silenceâ€™ â€“ â€˜Zombieâ€™, by The Cranberries, gave us one of the most dreadful rhymes in rock music, and one of its starkest truths. When a journalist is murdered, as Lyra McKee was, we see the dark corollary of this truth, the viciousness of the circle. In the North, as she knew better than most, it was never a secret. The Provos used to put it on their trashy posters, next to a sniper in a gimp mask and baggy army surplus: â€˜Whatever you say, say nothing.â€™

…Lyra McKee was one of us. She was our people. She didnâ€™t think she was, not at first â€“ Belfast isnâ€™t the easiest place in the world to grow up gay â€“ but she found a way to belong here, a way to tell her story. She was our people because that includes a lot now, and it included her. Itâ€™s not like it used to be. But it doesnâ€™t include them, not any more. Whatever you say, say that.