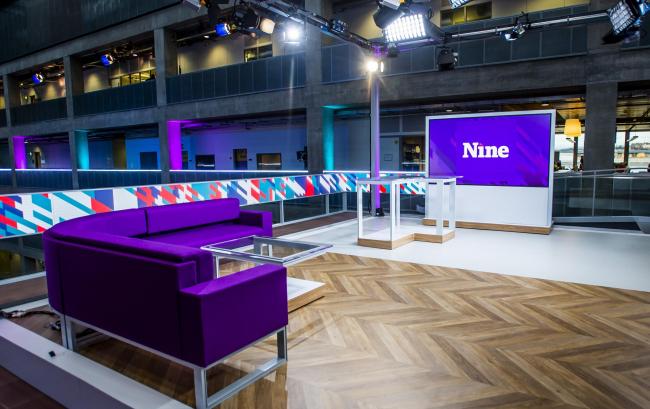 BBC Scotland’s flagship news programme, The Nine*, appears to be making the same mistakes Â that affect current affairs programming nationally and on radio: it’s trying to get on-air bust-ups instead of trying to inform its audience.

I don’t know how much of this is deliberate â€“ one of the channel’s aims is to create content that goes viral on the internet â€“ but it undermines the BBC as a serious journalistic enterprise.

In a recent item on schoolkids’ climate change protests, the programme invited the Global Warming Policy Foundation. You might not have heard of the organisation, but you’ll know its chairman Nigel Lawson. It’s an anti-science, climate change denial lobby group that won’t tell anybody who’s funding it.

So many environmental groups and experts refused to share the sofa with the group that the item had to be pulled.

It shouldn’t have been organised in the first place.Â The BBC in England warned staff about featuring such cranks â€“ Nigel Lawson in particular â€“ back in 2018. Director of news and current affairs Fran Unsworth wrote:

To achieve impartiality, you do not need to include outright deniers of climate change in BBC coverage, in the same way you would not have someone denying that Manchester United won 2-0 last Saturday. The referee has spoken.

And last night, in a discussion on islamophobia in relation to the Christchurch terror attack, the programme invited Brendan O’Neill of Spiked. Spiked is at least partly funded by hard right US billionaires: its writers are propagandists, not impartial journalists. Their approach is simple: if “the left” say it’s white, they say it’s black. O’Neill believes that islamophobia is a myth and that we should be nicer to right-wing writers who write viciously anti-muslim articles.

The rest of The Nine’s output may be brilliant, but stunt casting like this undermines the whole enterprise.

As National columnist Kirsty Strickland put it on Twitter:

It isn’t interesting. In a world of instant news and no shortage of idiots willing to argue that up is down if they think it will boost their profile, this style of ‘debate’ is overdone and lazy. Thoughtful, informative broadcasting is what we desperately need.

She’s right. The world isn’t short of people deliberately taking an antagonistic opinion to any subject you like: smacking children, LGBT rights, climate change, islamophobia. Opinion is only worthwhile if it’s informed opinion. If it’s denying established fact â€“ arguing against settled science on climate change, for example, or denying that islamophobia exists â€“ then it should be left to shouting at cows, not given a national platform. People have the right to believe anything they want, but they don’t have a right to be on TV.

This is a problem for journalism generally, but it’s a particular issue for the BBC. The BBC has a unique place in the UK because of the licence fee: it’s supposed to free the BBC from the ratings-obsessed, clickbaity bullshit of ad-funded broadcasting, which is why we are made to pay for it instead of letting it compete in the cut-throat world of commercial media.

If it doesn’t offer programmes of a higher quality, if it prefers bear-pit populism to informed journalism, why should anybody be compelled to pay for it?

* Vested interest alert: I recorded a non-broadcast pilot for the programme before its launch, I know some of the production staff and presenters and I’ve been invited on to talk about tech several times although I haven’t been able to appear for personal reasons.Â