TRNSMT: where are the women? 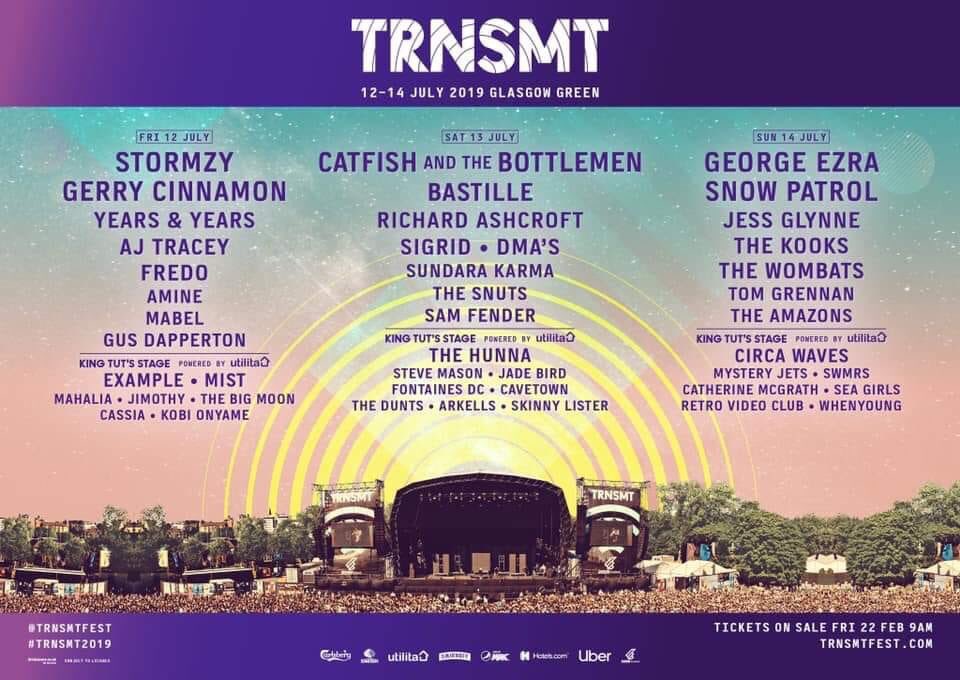 Last year, TRNSMT festival head Geoff Ellis told the BBC that there was “a long way to go” with gender balance at festivals: women weren’t really getting a look-in.

“We do have strong female representation across the line-up but we’re committed to doing more,” he said.

How’s that panned out this year?

Of the eight acts on the main stage on Friday, just one â€“ Mabel â€“ is a woman. On Saturday, Sigrid is the token woman; it’s possible that the singer of Sundara Karma is trans but I can’t find out how they identify. And on Sunday, the woman is Jess Glynne. The Amazons, further down the bill, may take their name from the legendary women warriors, but they’re blokes.

So out of 23 main stage acts there are three women. That means around 87% of the main stage line-up is male.

Last year,Â TRNSMT featured 33 acts on the main stage. Of those acts, there were five female artists or female-fronted bands. So the line-up was 85% male. That means female representation Â at TRNSMT is actually worse in 2019 than it was in 2018.

This is not new, and it’s not limited to TRNSMT. The gender balance of festivals is generally 80% male, sometimes considerably higher (the Reading festival is notorious for its lack of female artists; it’s one of the few festivals to refuse to sign a pledge to improve gender equality). But it’s not really good enough, is it?

The problem is not that there aren’t enough women artists. As Roisin O’Connor wrote in the Independent, there are tons of great female artists and female-fronted bands. And there are plenty more coming up. Fender says that in the US and UK, women account for half of all guitar purchases. The problem is much simpler. Female artists aren’t being booked because festivals are sausagefests.

Geoff Ellis has defended TRNSMIT, pointing out â€“ rightly â€“ that acts such as Chvrches and Florence + The Machine are headlining the same firm’s Summer Sessions in Edinburgh later this year. But that doesn’t change the fact that while Ellis has promised to make TRNSMT more gender balanced, the balance is worse than it was when he made that promise last year. Promises are only worthwhile if you keep them.