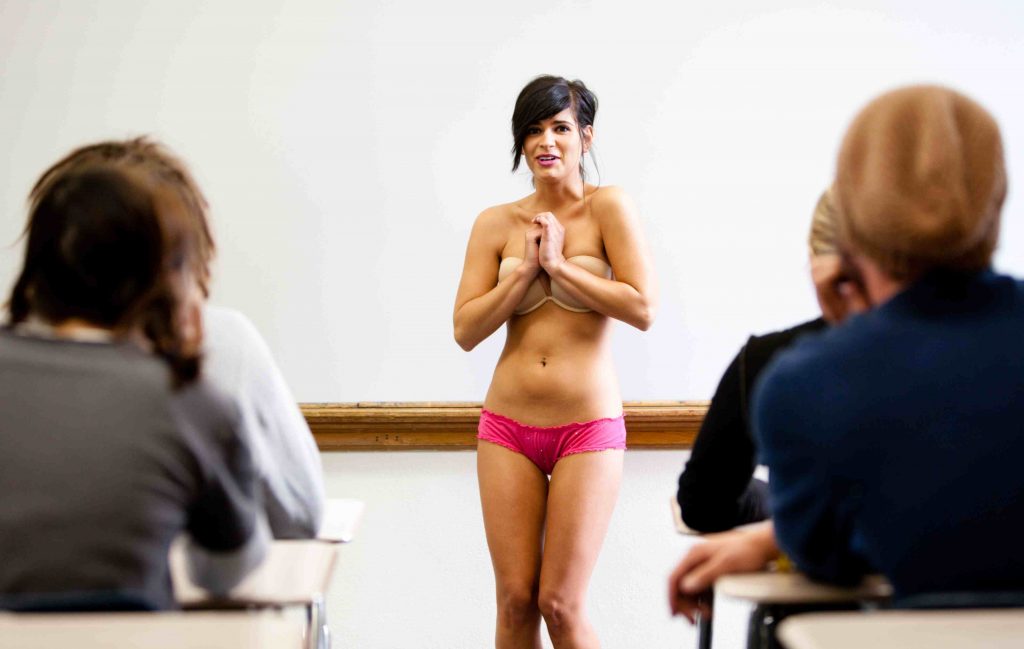 It’s the dream cliché: delivering a talk in your underwear.

I think most of us have had the classic anxiety dream where we’re standing up in front of people and we’re either naked or in our underwear. I pretty much lived it today – although, you’ll be pleased to read, I was neither naked nor dressed only in my underwear.

I was at Stirling University, where I’d been asked by a friend to deliver a guest lecture about internet things. To say I was nervous about it would be a major understatement. I barely slept last night. I don’t stand up in front of people very often, I haven’t addressed a room full of strangers for many years and I haven’t delivered such a long presentation in 21 years.

Not only am I desperately out of practice, but I also have the added anxiety-inducing fact of being trans.

Imagine the anxiety dream, but instead of doing it naked you’re doing it in a frock (if you’re male-bodied; if you’re female, imagine being in one of those horrible, scratchy hallowe’en costumes: anything you’d expect to get an odd reaction in a professional setting).

Presenting male wasn’t an option, partly because it would have been a cop-out and partly because I’d been specifically asked as part of a policy of having more inclusive speakers – not just the same rotating cast of straight, white, cisgender men.

It was fine, of course. Better than fine. The students were a genuinely nice bunch, nobody seemed in the slightest bit perturbed by the disconnect between my voice and my presentation – a disconnect that was bigger than usual today because God has a sense of humour and I have a cold that’s lowered my already-deep voice half an octave below its usual floor – and once the initial terror subsided, I found myself enjoying it. Not so much that I’m going to start volunteering to do tons more, but enough to make me think I made the right decision by saying yes.

I was speaking to my lecturer friend before the lecture, setting the world to rights, and I said (in a different context) that progress is often something you only really see in the rear view mirror: it’s only when you look back that you can see how far you’ve travelled. For me, today was a great example of that.