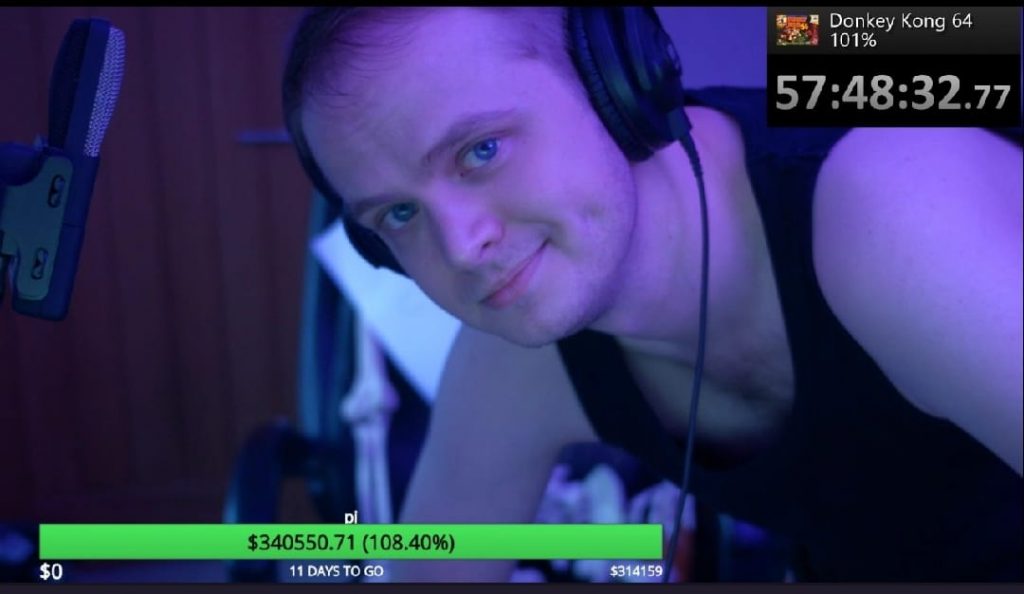 Harris Brewis just did something amazing.

Brewis is a gamer, known online as hbomberguy, and he decided to annoy Graham Linehan. Linehan is famous for co-writing Father Ted and Black Books a couple of decades ago, but in the last few years he’s done little of note beyond spending pretty much all of his time spreading hate about trans people on social media.

Linehan’s most recent activities have focused on the Mermaids charity, which supports the parents of children who may be trans. He spearheaded a campaign to try and get the Big Lottery Fund to cancel its grant to the charity, so in response Brewis decided to try and raise a bit of money for Mermaids by playing the Donkey Kong video game online for hours.

The goal? A few hundred dollars.

It’s not just the money. It’s the joy. Twitter users posted their support for Mermaids and for trans people under the ironic hashtag #thanksgraham as the total soared, and various celebrities â€“ such as Cher! â€“ tweeted or retweeted in support. Gaming legend John Romero (creator of Doom, Linehan’s favourite game) joined Brewis live, as did inspiring US congresswoman Alexandria Ocasio-Cortes and a host of other prominent figures. For more than 48 hours, thousands of people hammered the message home: “trans people, we’ve got your back.”

It won’t stop Linehan and his enablers; it’ll probably make them worse. And no doubt the usual suspects will write yet more fact-free op-eds about the sinister transgender agenda. But this feels important.Â Imagine what such positivity and support must feel like to a confused, closeted trans kid who sees trans people demonised online and in their parentsâ€™ newspapers every weekend.