The right side of history, and of science 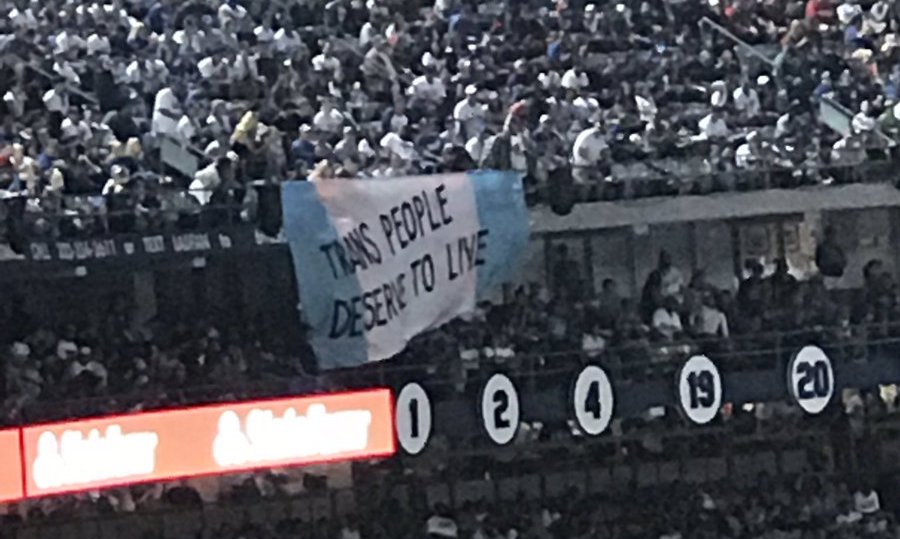 Dozens of companies, including Microsoft Corp., Google Inc. and The Coca-Cola Co., pushed back against recent attempts by the Trump administration toÂ reduce protections for transgender people under federal civil rights laws. They instead stressed the importance of equality in a public statement released Thursday.

It’s notable that Twitter and Facebook are on the list: their support doesn’t seem to extend to doing anything about the widespread, vicious abuse of trans people on their services.

Still, it’s good to see such important organisations making such public support â€“ although in the long term, we’ll see it as a “well, of course they did” thing because despite what you might read online, the science is firmly on our side.

It’s hard to see many positives to the Trump administration’s war on trans people, but one little bit of sunlight is the horrified response from the scientific community.

They are not a lunatic fringe. More:

Scientific American:Â The Trump Administration’s Proposed “Redefinition” of Gender Is Scientifically Absurd
Nature: US proposal for defining gender has no basis in science
Wired: Trump’s plan to redefine gender makes no scientific sense
The Union of Concerned Scientists:Â Trump Administration Proposal on Gender is Discrimination, Not Science
Center for Biological Diversity:Â Statement on Reported Trump Memo Targeting Transgender People
STAT:Â Scientists see a problem with Trump plan on defining sex: biology
STAT:Â CDCâ€™s Redfield on Trumpâ€™s transgender proposal: Stigma is â€˜not in the interest of public healthâ€™
New Yorker: The Trump administration’s plan to redefine gender recalls an earlier rejection of science
TIME:Â The Idea of a ‘DNA Test’ for Transgender People Is Part of a Long, Dark History
TIME:Â If the Government Redefines Gender to Exclude Trans People, It Could Worsen an Urgent Public Health Crisis
NYT: Anatomy does not determine gender, experts say
The Scientist:Â Trump Administrationâ€™s Definitions of Sex Defy Science
Mashable: The Trump administration says there are two sexes. The science says they’re wrong
Psychology Today: Trump administration’s definition of gender is not science
Healio:Â Rolling back transgender protections would endanger patients, experts say
Washington Post:Â The Trump administration is trying to tell people they arenâ€™t who they are
Washington Post:Â Powerful gay rights groups excluded trans people for decades â€” leaving them vulnerable to Trumpâ€™s attack
Kaiser Health News:Â Defining A Personâ€™s Sex At Birth And Making It Unchangeable Would Be â€˜An Insult To Science,â€™ Biologists Say
Truthout: Right-wing fantasies about gender are killing trans people
Esquire: Trump’s new attack on transgender people is another sign it’s about the cruelty itself
Philly.com: With lie-filled ‘nationalist’ war on caravan, transgender people, Trump moves US toward tyranny