I like ukuleles. They’re fun little things, like baby guitars. Because they use a different tuning to guitars they’re cool songwriting tools â€“ stripped of your usual reference points you can’t just play the same old stuff â€“ and in the hands of someone like Peter Buck they help make some really gorgeous music such as a lot of R.E.M.’s Automatic For The People (although Losing My Religion was played on mandolin, which is similar but tuned differently).

But people really hate them. Otherwise nice, normal, well-adjusted people go a funny red colour when you talk about ukulele music; others visibly blanch at the suggestion you might play one anywhere near them?

Thirdly: it’s a bit naff. That’s something manufacturers have actually exploited: there have been ukuleles shaped as Gibson Les Pauls and as Flying V guitars by firms that were clearly taking the piss. 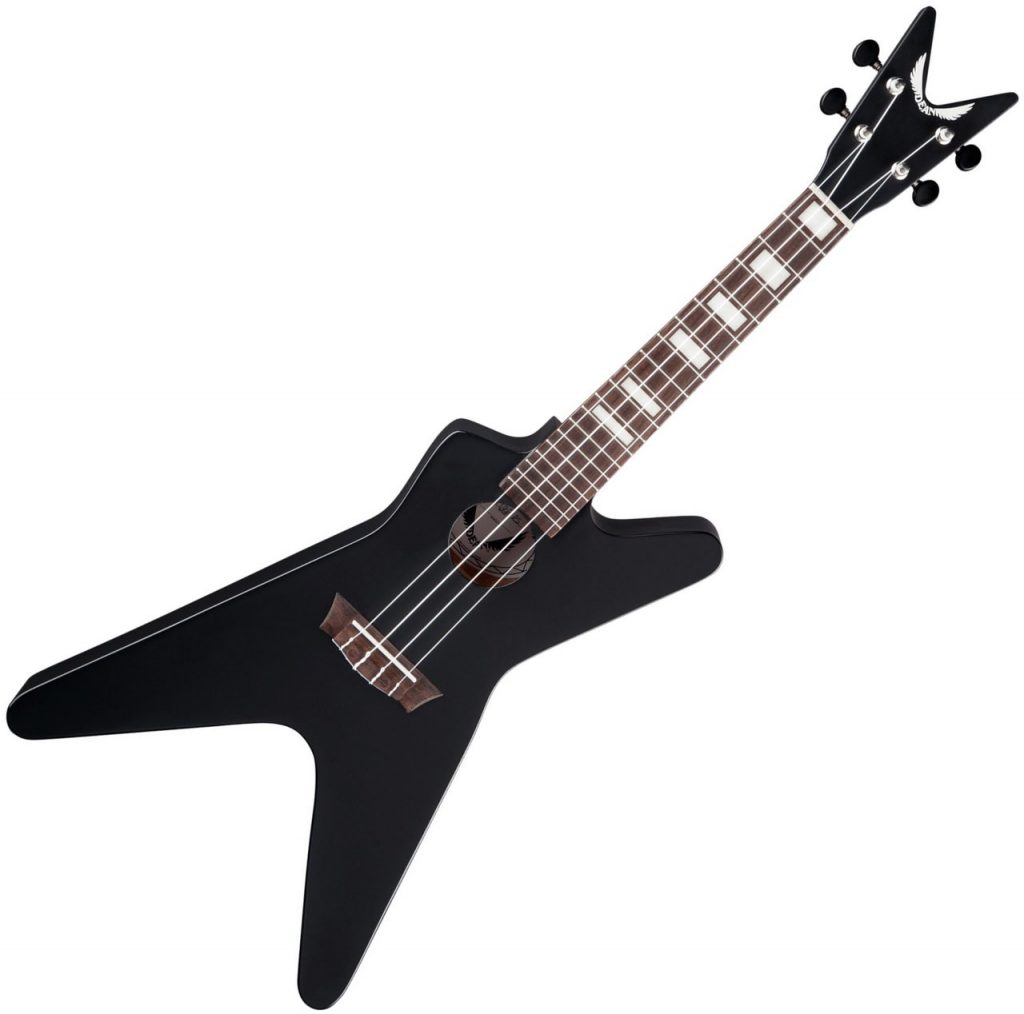 Fourthly, and this is mainly a UK thing, George Formby. You’ve got to love a country that’s still annoyed about a popular entertainer from the 1940s. And he’s got a bad rap because the world of popular entertainment was a lot more innocent back then. Give me enough gin and I’ll argue that Formby was the Sex Pistols of his era: not only was his one-man act about as DIY as you can get, but his banjo ukulele-powered The Window Cleaner was banned for its horrific smut.

There’s no doubt that in the wrong hands, the ukulele can be a terrible thing. I deeply traumatised some friends the other day by sending them a YouTube clip of a man doing a very bad cover of Morrissey’s Suedehead on a ukulele.

But in the right hands, they’re great. I wrote a song on one the other day, and while that particular song is now an extremely vicious-sounding guitar stomper, the original demo of ukulele and acoustic guitar was really warm and lovely.

His name is Jake Shimabukuro. Isn’t he great?

The ukulele has a fascinating history. It’s the descendant of an instrument called the machete and travelled to the US from Portugal via the Hawaiian Royal Family. It caused a craze in 1920s America, where it felt like an exotic novelty, and became associated with that most sleazy of all genres, jazz. Things were going just great until the Wall Street crash.

While the US lost interest, UK performers embraced the same banjo ukulele that George Formby would make famous, and after WWII the arrival of mass market manufacturing led to a second US ukulele craze, this time with plastic instruments sold to kids. The figurehead of the second ukulele boom was Tiny Tim, and that’s where it all went wrong.

Here’s what I mean.

With George Formby on one side of The Atlantic and Tiny Tim on the other, the ukulele’s cool was irreparably dented. And it’s been that way ever since, with the good efforts of bands such as The Magnetic Fields drowned out by the finger-in-one-ear bullshit of Mumford and Sons and their many terrible imitators.

Here’s The Magnetic Fields with This Little Ukulele:

I think it’s a real shame that the ukulele has fallen out of favour. It’s a brilliantly cheap way to make music (it costs a fraction of what you’d pay for a guitar), it’s a doddle to learn, it’s brilliant for kids and it’s capable of genuine magic.