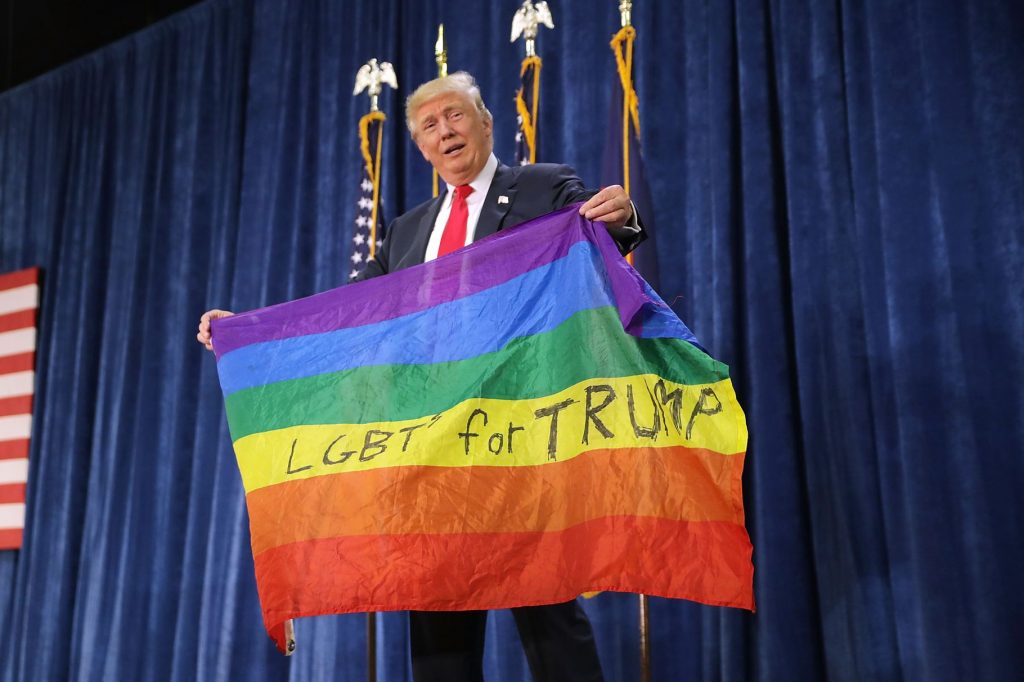 There have been a lot of pro-science pieces in the aftermath of the Trump anti-trans memo, and while none of the science bits will be new to readers of this blog it’s still heartening to see mainstream media outlets battling misinformation from a man who actively courted LGBT voters before embarking on a campaign of cruelty against transgender people.

Basically no scientist who knows anything about this stuff subscribes to the idea of the strict â€œgender binaryâ€ anymore.

The article is a good primer on the basic science.

Trump’s memo isn’t about science, of course. It’s an attempt to rouse the supporters for the mid-term elections by picking on one of the few groups it’s still safe to pick on: a group that unlike the wider LGB community has no political power and precious little media clout.

There’s nothing remotely scientific about Trump’s so-called science. It’s science in the same way that some people call creationism a science, an attempt to reject the world as it actually is in favour of the world some bigots would like to see.