The wrong kind of visibility 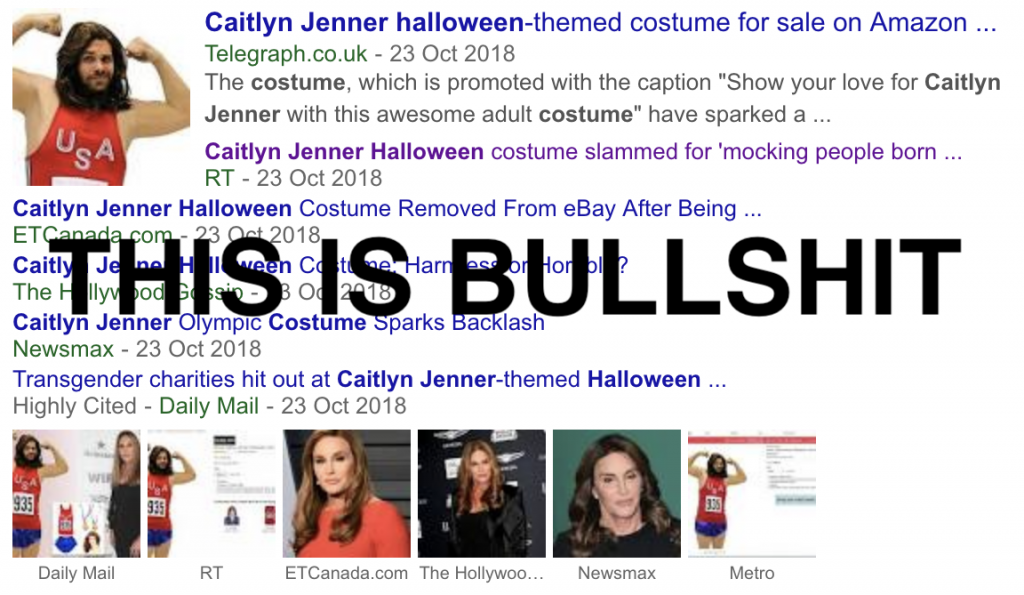 There’s a superb column in the New York Times by Thomas Page McBee about something I’ve been thinking about for a while: the problem of visible trans people in the media.

Very few of the people who so enthusiastically celebrated our stories of â€œfinally being ourselvesâ€ showed up at the rallies that took place across the country, in the wake of news that the Trump administration aims toÂ define us out of existence. And even as trans people on television are increasingly beamed into living rooms across the country, weâ€™re also seeing an uptick of violence against the most marginalized members of our community.

McBee argues that while we’ve never been more visible than we are today, we’re still seen by most as mysterious others, not friends and neighbours. And when there’s a backlash to our sudden media profile not just “from conservatives or the ignorant and uninformed” but also in the form of “decades-old talking points from women calling themselves feminists”, it makes our lives even harder.

The triumph you see on television only happens if there is a welcoming world to greet us on the other side. ThisÂ pastÂ week, for me, raised the question once again: Is there?

…the didactic, often body-focused framing of those stories and the gender-war timing of that visibility has also rendered us into symbols, metaphors, pawns and boogeymen.

That’s how I feel about it.

The current obsession with us isn’t helping. We’re facing incredibly dangerous threats to our human rights (and in the US, our healthcare); instead, the papers run with tales of how everybody’s upset about an offensive Caitlyn Jenner hallowe’en costume. Believe me, most of us don’t give a shit. Similarly the well-intentioned but wrong-headed use of the world “menstruators” by The Guardian in a piece about women’s reproductive health: it was a clumsy attempt to include trans men (people assigned female at birth who now live as men) but was instantly portrayed as the sinister trans lobby perverting language to erase women.

To use the Scots phrase, it wisny us.

I don’t give a shit. I’m too busy filling out yet more documents about my name change over a year since it actually changed, trying to persuade Equifax that no, I haven’t been a victim of fraud, I’ve just changed my name. I’m too busy trying to solve the problem with my prescription where the doc prescribed a hormone the NHS won’t pay for and I can’t afford to source privately. I’m too busy wondering whether I’ll get yelled at when I go for a piss. I’m too busy working to pay for the electrolysis that often leaves my face bleeding and swollen for days afterwards.

I don’t recognise the caricature of trans people I see in the newspapers, discussed on TV, shared on social media. I know quite a lot of trans people now (as the joke goes, everybody assumes you know every other trans person, and that’s not true, but then they mention Natalie and Katharine and of course you know them), and none of us are spending any time whatsoever fussing about language, worrying about stupid hallowe’en costumes or trying to destabilise the very fabric of society. We’re just doing what you’re doing: trying to get on with our lives.

But there’s a narrative, and once you notice it you see it everywhere. Trans people as dangerous, intolerant others, a sinister force to be resisted by all right-thinking people. It’d be laughable if it weren’t causing real-life misery for trans people.

As I’ve said before, there are so few of us the Girl Guides could totally take us in a fight. There are no trans MPs, MSPs or MEPs in the UK, no trans people with weekly newspaper columns, no trans judges or trans newspaper editors or trans talk show hosts or trans bosses of FTSE 100 companies.

The coverage of us, the obsessive coverage of our supposed threat to all that’s right and good, is massively disproportionate and completely unrepresentative. Of course it is. Almost all of the coverage is about us, but without us.

Here’s my reality, over and above the usual stuff: working, trying to be good for my kids. It’s getting stared at everywhere you go. It’s being afraid to use a toilet. It’s being tired of correcting people about your name. It’s about being called the big man when you’re sitting there in a nice dress. It’s clothes that don’t quite fit, no matter how hard you try. It’s taking a deep breath every time you open a door. It’s scraping off the gel from your nails and making sure there isn’t a trace at your child’s birthday party for fear of what the other parents may think. It’s asking your friends if the gig they’re inviting you to is going to be safe for you. It’s seeing a photo of yourself when you thought you looked quite nice and realising you’re a laughing stock.

I just want a quiet life: I’d much rather spend my time thinking about guitars and girls, not gender politics. But to be trans right now is to be a very visible foot soldier in a war other people are fighting.

But reducing trans people into a symbolic vanguard is not only dehumanizing â€” itâ€™s dangerous. True progress happens when all of us are released from the realm of â€œotherâ€ â€” which means allowing trans people to captain our own stories, where we can depict ourselves as fully fleshed-out people: not just brothers, mothers, neighbors and friends, but also reflections of an aspect of humanity as old as time. Weâ€™re not metaphors; weâ€™re who you would have been if youâ€™d been born trans.

I can’t put it better than that. We’re who you would have been if you’d been born trans.