Bullshit is not a precious and rare commodity 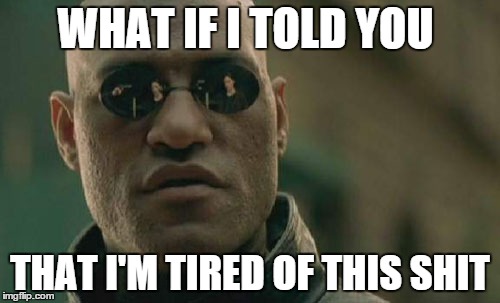 One big upside of being part of a demonised minority: it saves you a fortune.

I cancelled my decades-long subscription to Private Eye yesterday: the current issue has three news stories about trans things in which it unquestioningly parroted anti-trans bullshit, picked on a trans charity and an LGBT charity and vilified a young trans woman who’s endured unspeakable abuse from anti-trans bigots both online and in real life.

I’ve also cancelled my subscription to the Guardian, a paper I’ve bought since my teens, after days of intense coverage about the GRA reform consultation in which it didn’t feature a single voice in favour of trans people, let alone the voices of any actual trans people. Its editorial about the GRA reforms this week reads like a crib sheet of Christian Right anti-LGBT “talking points”.Â It and the Observer have repeatedly run open letters from anti-trans activists but ignore open letters that support trans people and that call out the open hostility of too much media coverage. 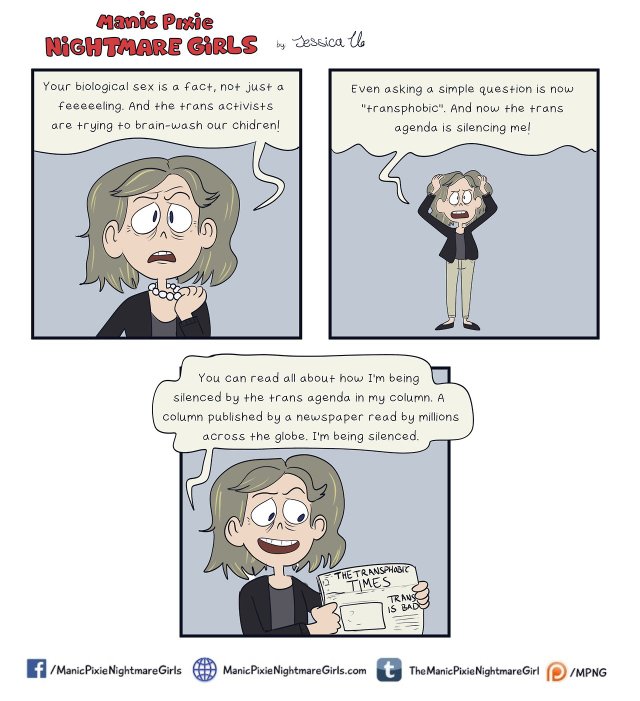 I no longer buy the Sunday Times any more (another paper I bought for a couple of decades) because it’s even worse than the Daily Mail in its coverage of trans issues: when your reports are being hailed with joy by right-wing US evangelicals on social media (and in many cases, apparently dictated by them) you’ve taken a terrible wrong turn somewhere. Neither the Spectator nor the New Statesman feature in my “buy to read on the bus” list any more for similar reasons. I no longer pay to access Glasgow’s Herald since its editorial swing to tired, right-wing “let’s trigger the snowflakes” clickbait.

This isn’t silencing debate, or refusing to hear different opinions.

It’s refusing to pay for bullshit.

Bullshit is not a precious and rare commodity. There’s tons of it online, completely free. I don’t need to pay to have someone put it through my letterbox too.

Refusing to pay is not the same as refusing to listen to differing opinions. It’s just refusing to support low quality content.

For many years I’ve paid to read The Guardian and The Observer, even though various news apps I use enable me to read their articles (legally) for free and often without ads. I paid because I believe that good journalism is something worth paying for. But recently, there has been an influx of journalism that is not good, and which is not worth paying for.

I’m not refusing to read Guardian articles. I’m just not willing to pay to read them any more.

I’m under no illusion that me cancelling anything makes the slightest difference to the organisations running biased and sometimes blatantly malicious content. Although you’ve got to wonder at the wisdom of alienating any customers when like The Guardian, you’re begging every website visitor to throw you some coins to try and stay in business. But generally speaking these businesses don’t need my money.

Others do, though. And what I can do â€“ what I do do, and what I’d hope other LGBT people and their allies also do â€“ is use the money I’d normally spend to do something positive: to help crowdfund or otherwise donate to content that isn’t hateful, to buy books by people who know what they’re talking about but who don’t get columns in newspapers, to donate to valuable charities that Private Eye calls activists while it approvingly quotes groups affiliated with the anti-abortion, anti-LGBT Christian Right.

You don’t even need to spend money. You can refuse to click on obvious hate-clickbait.Â You can point your browser (with ad-block disabled) to sites that don’t publish hateful content. You can signal boost positive voices on your social media.