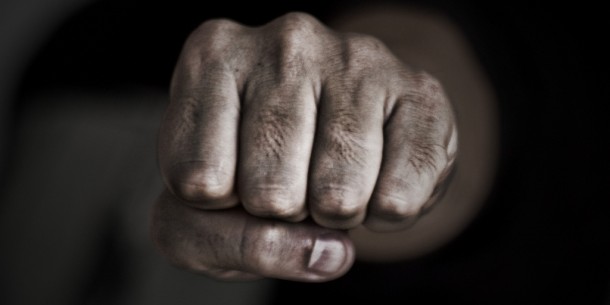 BBC Scotland has announced some of the shows for its new channel, launching next year. And it’s clear that with a roster including River City (But Broadcast Slightly Earlier), it may need some fresh ideas.

The premise is simple. Each week, two Scots music legends fight in a pit in Edinburgh. No weapons, no environmental hazards. Just two pop, rock, indie or dance music titans fighting. The winner is the last one standing; the prize, critical acclaim and booze. Mainly booze.

Imagine it. Imagine Del Amitri vs Deacon Blue, Justin Currie making the fatal strategic error of not hitting a woman and Lorraine McIntosh bludgeoning him senseless. Imagine Simple Minds vs The Rezillos, Â the latter’s sheer force of numbers easily overwhelming the stadium rockers. Imagine Honeyblood vs Primal Scream, Bobby Gillespie squeaking with fright before Cat Myers even lays a finger on him.

Not every bout would be so entertaining. While I’m sure Garbage vs Chvrches would be a win for Manson’s group, her fearlessness more than compensating for the other band’s youth and agility, it’s one of those bouts where you don’t want anybody to get hurt at all, let alone lose. Similarly Teenage Fanclub vs The Proclaimers. And Travis vs Wet Wet Wet might be a ratings disaster, although I suspect the Wets might prove to be pretty handy.

There would need to be some kind of weighting system, though, because otherwise some fights would be hopelessly one-sided, which is why the only fair opponent for the might of Belle And Sebastian would be a paper bag or perhaps a small mouse.