Yesterday the Scottish Government published the initial results of its consultation on gender recognition reform. The public, including women’s groups dealing with the most vulnerable women in society, was overwhelmingly in favour of making life a little bit easier and a little more dignified for trans and non-binary people. It’s an interesting contrast to England, where the ongoing “debate” is dominated by misinformation, outright lies and scaremongering.

Today one of my friends, the filmmaker Kate Adair, shared this photograph of a public awareness campaign by One Scotland. 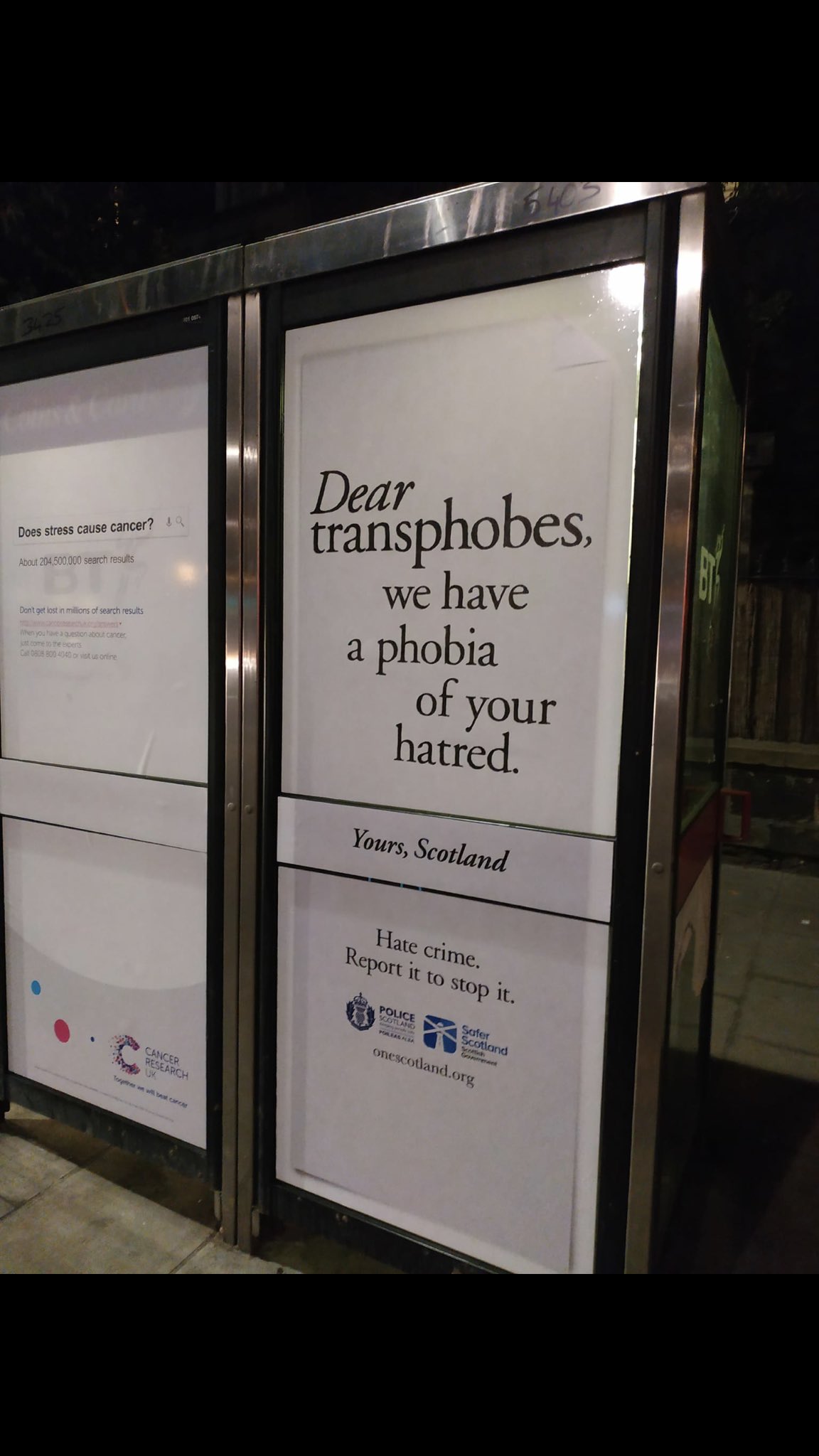 One Scotland is an initiative by the Scottish Government and Police Scotland to stamp out hateful abuse. Here’s another one, this time from the website. 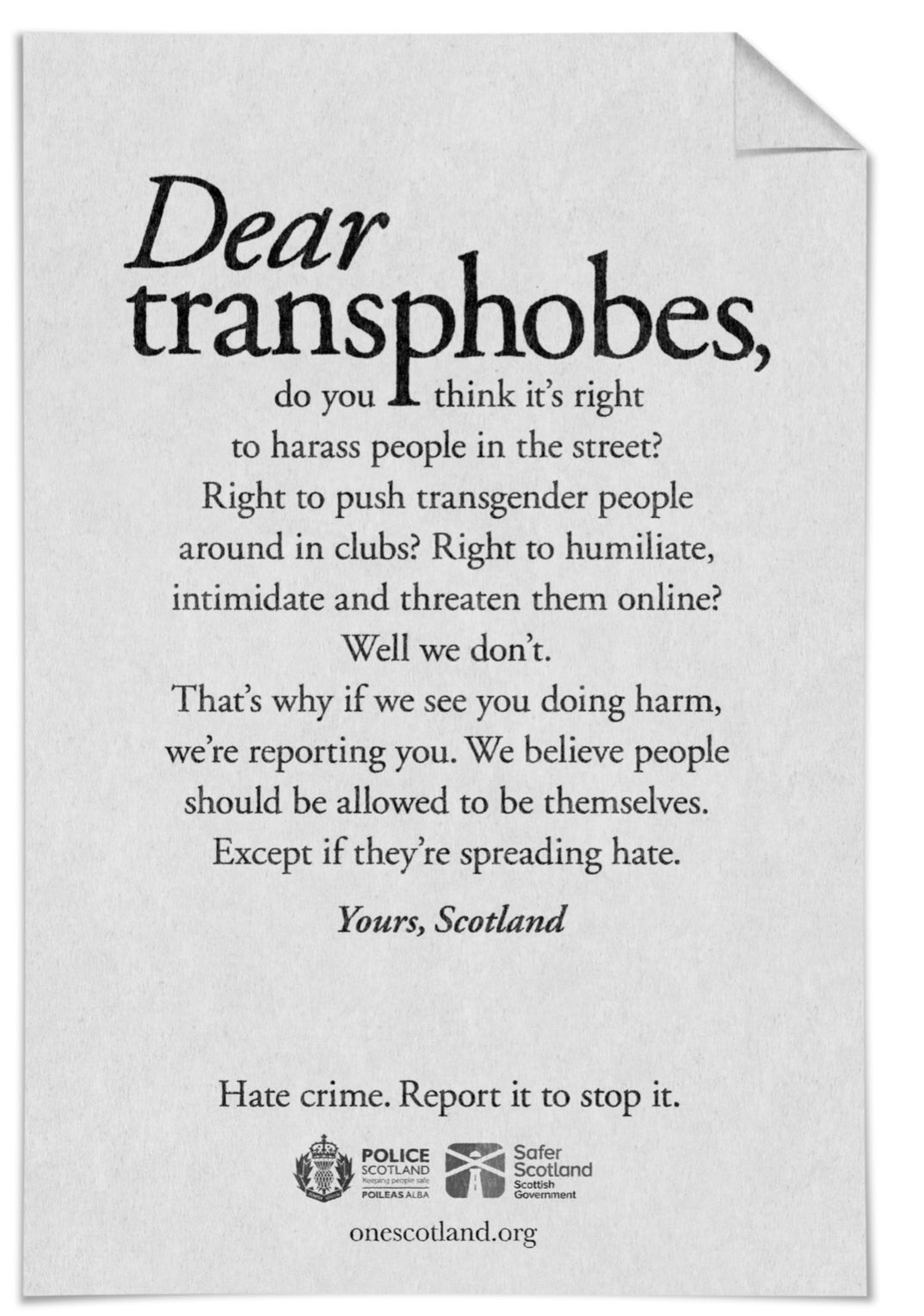 One Scotland isn’t just about trans folks. It’s about hate crime in general. The campaign serves two important purposes. It urges the victims of abuse to report it, and it hammers home the message that such abuse has no place in our country.

It also sends LGBTQ people in Scotland a powerful message: we’re on your side.