The Times: transphobia is bad (except when we do it) 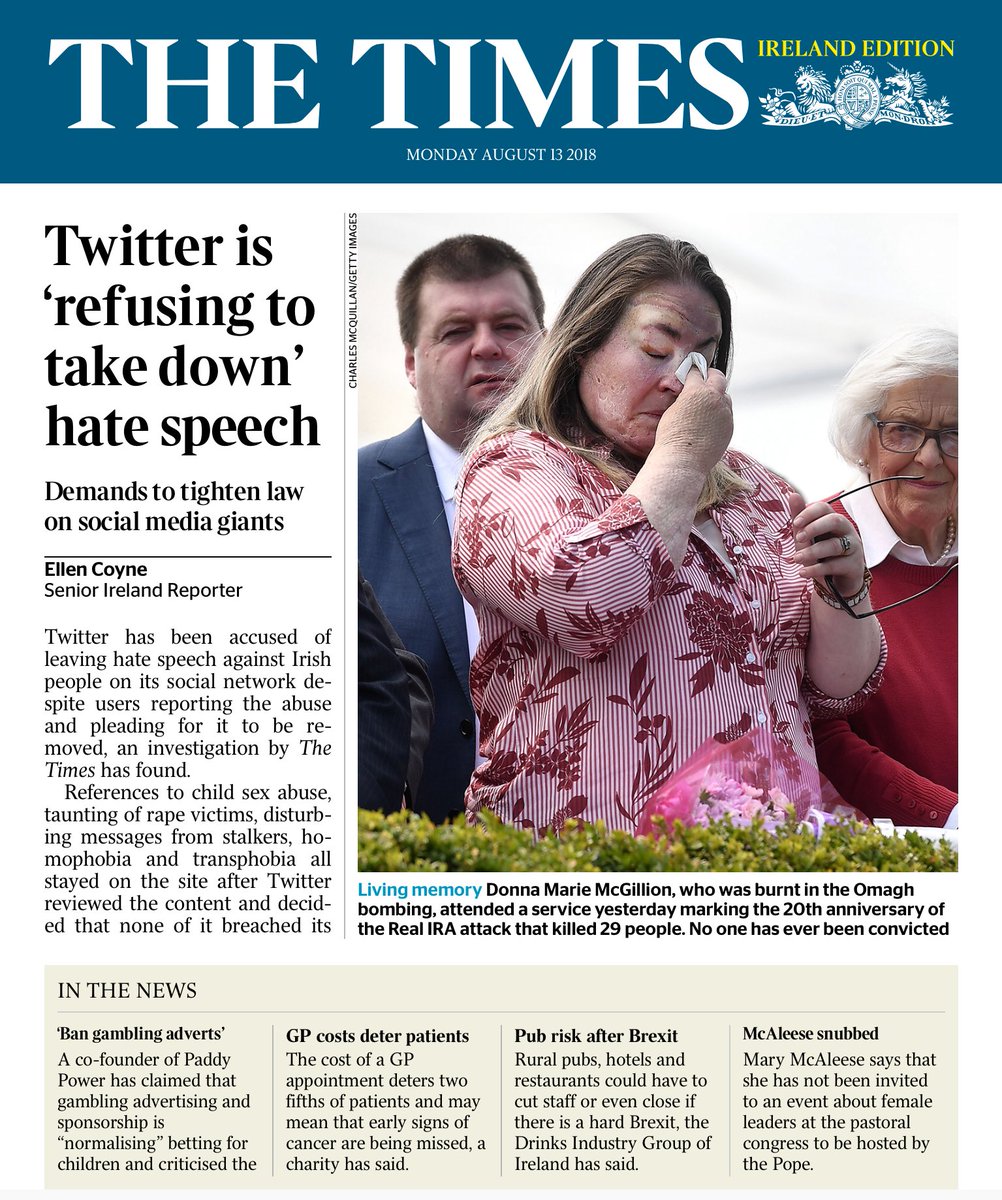 The Times has carried out an investigation into Twitter.

References to child sex abuse, taunting of rape victims, disturbing messages from stalkers, homophobia and transphobia all stayed on the site after Twitter reviewed the content and decided that none of it breached its terms.

Examples of the hate speech include attempts to link LGBT people with paedophilia and the deliberate abuse of trans women.

This, from a newspaper whose UK edition repeatedly runs articles claiming that trans people are ‘sacrificing our children”, that trans women are predatory men, that the LGBT “lobby” is abusing children.