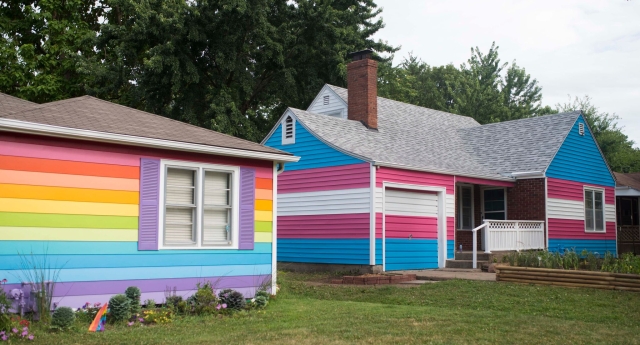 There’s trolling, and then there’s this. An eight-year-old trans girl, Avery Jackson, has raised enough money to open a “transgender house” â€“ directly across the road from infamous hatemongers the Westboro Baptist Church.

It’s next to the rainbow-painted Equality House that’s been annoying them since 2013.

If you’re not familiar with the WBC, they’re the ones who picket the funerals of soldiers, murdered gay kids etc. The Southern Poverty Law Center calls them “arguably the most obnoxious and rabid hate group in America.”

I think Jesus would be on Avery’s side.