This is what self-ID is all about 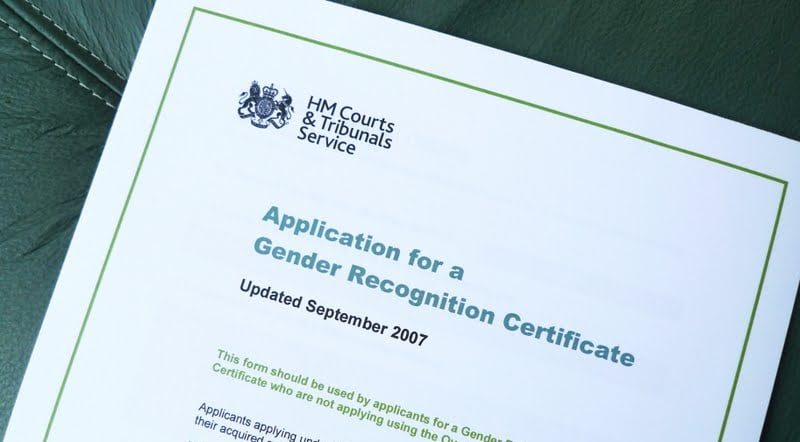 I got a message from my lawyer today: my divorce paperwork has been curtly rejected by the relevant court because the introductory page uses the pronoun “she” to describe me; the court wants it to be “he”. This is despite the accompanying evidence of my name change in the form of my amended birth certificate, deed poll and so on.

So I have a choice: change two words and resubmit the paperwork, adding a bit more cost and a bit more time to a process that already takes too long and costs too much.

Or I can provide a Gender Recognition Certificate and leave the filing as-is.

Except I can’t. Despite living full time as me, having an official diagnosis of gender dysphoria and undergoing supervised medical treatment, I can’t apply for a GRC for at least another year â€“ and when I do, I’ll have to pay Â£140 for the application and various other fees to get the necessary evidence from my GP and the gender clinic. As I’m sure you know from painful experience, doctors’ letters don’t come for free.

And the panel may decide to reject my application anyway. There’s no right of appeal, and no guarantee that your application will be granted even if you cross every T and dot every I. If the panel says no you need to go through the whole process all over again.

It’s important to reiterate this: self-ID is purely about paperwork. It has absolutely nothing to do with whether I can use the ladies’ (I already do), whether the gender marker for me on my passport or on the NHS computer says “F” (it already does), whether I’d be sent to a female prison if I turned into an axe murderer (I probably would, but these things are assessed on a case by case basis).

It’s about being able to get the Royal Bank of Scotland to change the gender marker on my bank accounts, something that to date has taken seven months and is still ongoing. It’s about having a little bit of paper that tells a court clerk that I don’t have the same name and pronouns I was given at birth. It’s about removing cost and complexity that doesn’t need to be there and making the world a little bit less shitty.

If you’d like to know more about the issue, Stonewall has a good explainer here.